Rabat - Since her first appearance on Arab’s Got Talent when she performed Egyptian singer Umm Kalthum’s song, Jennifer Grout has created a global buzz. 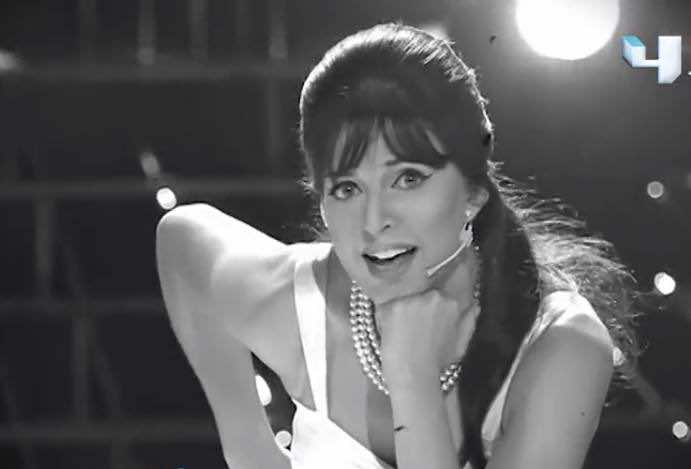 By
Mona Badri
-
Mona Badri graduated from King Fahd School of Translation with a Master's degree in Translation.
May 31, 2014
Spread the love

Rabat – Since her first appearance on Arab’s Got Talent when she performed Egyptian singer Umm Kalthum’s song, Jennifer Grout has created a global buzz.

On Saturday, she not only mesmerized the audience through her amazing talent impersonating iconic artists on the TV show Shaklak Mush Gharib, she won this week’s prize, which she donated to Moroccan artists in Jama Lefna.

On the 7th episode, Jennifer Grout had the audience on their feet for her performance of Egyptian iconic artist Shadya. She came in the first place for the week and won $5,000 after being at the bottom throughout the first 6 weeks of the program. Jennifer donated her first prize to Morocco, especially “the Moroccan artists of Jamaa lefna and the Amazigh artists in Marrakesh. I used to work there and it is where I live,” stated Grout, who added “hadshi dialkum”, which in Moroccan Arabic means this is yours.

The television show host, clueless to what she was talking about, simply repeated the words “Moroccan artists.” Jennifer won the prize along with her fellow contestants’ love who did not hesitate to award her points and scream that they loved her after expressing how much they appreciated her efforts in both performing Arab pop icons and learning Arabic.

The first season of the TV show Shaklak Mush Gharib, which is broadcast on MBC4, is the Middle Eastern version of the UK series Your Face Sounds Familiar.  The show hosts a group of contestants who perform songs by famous singers from different parts of the world on a weekly basis. At the end of every episode, the singer who gets the highest point totals receives a $5,000 prize for charity. The final prize is $50,000. The contestants are awarded points by the judges and at the end of every episode; the contestants must give each other 5 points.