Casablanca- Two years ago, I was still one of Morocco World News’s numerous readers. Today, I am a MWN correspondent. I am no longer the same person I was back in the day. MWN is a life-changing experience, and I’m still a work in progress. 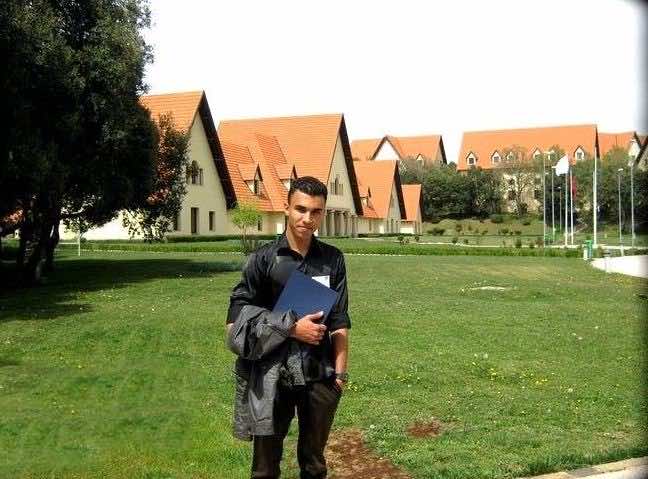 By
youssef sourgo
-
Youssef Sourgo is currently a Master’s student in Linguistic and Literary studies at Ain Chok Faculty of Letters and Humanities.
Jun 1, 2014
Spread the love

Casablanca- Two years ago, I was still one of Morocco World News’s numerous readers. Today, I am a MWN correspondent. I am no longer the same person I was back in the day. MWN is a life-changing experience, and I’m still a work in progress.

Before joining the MWN team, I had no take on a myriad of issues related to Morocco—I was, let’s say, neutral. I was a passive consumer of the abundance of media content I was exposed to. I was easily duped by the hoaxes, rumors and propaganda that were clothed in veracity as news.

Before joining MWN, I had no clue of all the intricate stages through which a news story passes before it is served up to the public. I used to think that news articles, reports and op-ed articles were as easy to formulate as a short story one effortlessly makes up and tells to a kid at bedtime.

Before joining MWN, I was unaware of some of the causal links between a plethora of social issues in Morocco and a multitude of events in the history of the kingdom, as well as a number of policies and laws that had seemed completely extraneous to what had led to the emergence of those social phenomena.

Before joining MWN, I knew more about the White House than the Royal Cabinet; I knew more about what led to social anxiety towards immigrants in France than what led to the rise in the rate of underage marriage in Morocco. Before joining MWN, I could debate what had spread the epidemic of obesity in the U.S., but not what has made Morocco an exception to the upheavals that have swept the Arab World since 2010.

Before joining MWN, I had no idea how far Moroccans could go, and how universal their impact can be. I used to think that if a Moroccan ever were influential, his or her influence would not go beyond regional or continental demarcations. I had never gone as far as to think that a Moroccan could ever be an international mega-producer, a fashion paradigm-shifter, a scientist or a researcher whose breakthroughs would have worldwide influence—yes, although I am Moroccan, I was an ingénu regarding Morocco’s potential.

After joining MWN, I started thinking outside the box. I realized that an understanding of the universal starts from a discernment first of the local.  I was no longer neutral as to a number of topical issues. I started formulating idiosyncratic opinions that were informed less by propaganda, and more by rational thinking, a strong sense of deduction and a meticulous eye for detail.

After joining MWN, I developed my own journalistic X-ray glasses—tools and skills that helped uncloak disguised propaganda and read every account of reality as a given interpretation, rather than an incarnation of reality itself. Now, for me, official publications, seemingly authoritative accounts of reality, and rhetorically appealing speeches beg more questions than unveil truths.

After joining MWN, I bade farewell to fallacious, circular thinking. Grand narratives on social phenomena in Morocco do not satisfy my curiosity anymore; rather, they magnify it. Now that I am more aware of the unquestionable relationship between power and institutional discourses—including media discourse—nothing appears innocently spontaneous or unworthy of probing for me.

When you are an MWN correspondent, you start seeing links between, for instance, Moroccan laws that had been formulated a decade ago, and some paralyzing social phenomena that have recently emerged in Morocco. You can also predict, with greater certainty, the development of events, social phenomena and political mutations in Morocco, as you become more eclectic and exhaustive in your methodology of analysis.

After joining MWN, I started the most interdisciplinary and enriching training on journalism that I could ever hope for—knowing that journalism had been the last thing that could ever cross my mind as a potential career option. The training is still in progress—it is a lifelong course. Now I think that the journalist in me is gradually taking over my other personas.

After joining MWN, I realized how exhausting the profession of journalism can be—knowing that a great part of my mission as a MWN correspondent still consists of armchair journalism—for the moment. Dear readers, now I would confidently say, the articles you see published on MWN, or any other digital news source, are only the tip of the iceberg—an iceberg of unstinting dedication, of unconditional sacrifice, of necessary risk-taking, and also of a lot, a lot of sleepless nights and headaches.

Before joining MWN, I had a voice—but only I could hear it. The voice used to echo no farther than in my own head. I also had ideas and points of view to share, but only a few were willing to listen to them, let alone take them seriously. Before joining MWN, my writings had an impact—but only a laconic one—and my arguments were only sound enough to convince myself.

Thanks to MWN, I am more productive, more ambitious and more patriotic. I now believe in the hidden potential of all Moroccans, in the universality of their voice, and in the mightiness of their enthusiasm. MWN’s fundamental mission has been to make as many Moroccans as possible aware of what Morocco how far they can go. This has become my mission too.