Tangier - It is crystal clear that cigarettes are spreading horrendously among different age groups and, unhappily, no real efforts have been made so far by the government to put an end to its proliferation. 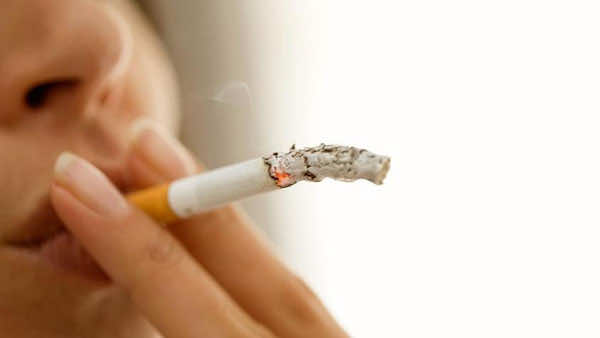 Tangier – It is crystal clear that cigarettes are spreading horrendously among different age groups and, unhappily, no real efforts have been made so far by the government to put an end to its proliferation.

Morocco was always one of the first countries to participate with World Health Organization (WHO) in conferences against smoking and reducing its negative effects on public health. However, according to Maghreb Arab Press MAP, it has always been reluctant and still late to ratify the agreement of fighting tobacco.

According to MAP, on February 3, 1996, the Moroccan law concerning the prohibition of smoking, general public announcements for it and for the prevention of tobacco use in public places, was officially put into practice. However, given the reality of the current situation, was this law seriously implemented or was it just for show?  Since there seems to be no real repercussions or sanctions for those who break it, is it only one of those regulations that exists strictly on paper.

Here is an extract from the second chapter on “Prevention of Smoking in Public Places and Tobacco Publicizing.”

Article 4: In accordance with this law, every place meant to be for public use is considered as public place including common institutions and administrations. Thus, smoking is prohibited in the public places cited as follows:

• Administration offices for common use, meeting halls in public and private administrations.

• Hospitals, health centers, convalescent centers and preventive healthcare centers and all their kinds.

• Public transportation, except in the parts dedicated for smokers.

• Lecture and seminar halls and classrooms in educational institutions, whether public or private.

As can be seen in the above Article, taken from Title N15.91 of the Moroccan Law, it is obviously prohibited to smoke in most public places. However, most Moroccans refuse to abide by this law.

According to the same source, the Ministry of Health once launched a campaign entitled, “let’s work together to prevent publicizing and promoting tobacco products” as a response to the WHO request to encourage countries to implement the principals agreed upon in the convention.

The Moroccan national campaign for informing the public of the dangers of smoking, launched by Lalla Salma Foundation for Cancer Treatment and Prevention, has been enthusiastically received by health centers and many healthcare providers.

The Lalla Salma Foundation for Cancer Treatment and Prevention states that smoking in Morocco has been increasingly spreading. Their numbers indicate that upwards of 18% of Moroccans, 15 years old and older, smoke. On a daily basis, nearly half of the Moroccan population is indirectly exposed to smoking, whether through their family members, friends or their environment.

Recent statistics from the same source state that the percentage of the population exposed to cigarette smoke in the professional arena is approximately 17%, 32% in family and home environments and 60% in public areas.

According to Lalla Salma Foundation, until now, there have been no statistics concerning the number of deaths associated with smoking in Morocco. However, 90% of lung cancer cases are, as a matter of fact, caused by smoking.

It has been announced, on the World Cancer Day, on Medi1TV, that more than thirty thousand cancer cases, recorded annually in Morocco, are mainly caused by smoking. This staggering number is what makes Morocco ranked number one in the Mediterranean region as the largest tobacco consuming country.

On November 2013, an article in news outlet Annahar stated that approximately 16 billion cigarettes are consumed per year. Unfortunately, the article continues to state that, on average, 16 cigarettes are smoked by males and 8 by females per day. These monumental numbers finally rank Morocco as first in something… the biggest tobacco consumer in the Mediterranean region!

E-cigarettes: changing addiction with another:

Recently, a wave of E-cigarette (ENDS) publicity has been invading many of the Moroccan main streets. These ads portray a woman’s body, which apparently looks healthy, catching a cigarette that draws a big proud smile on her face, the announcement hints that e-cigarettes are the best alternative.

The WHO seems to totally disagree with the ad, clearly stating, “E-cigarettes or ENDS (electronic nicotine delivery systems) are devices whose function is to vaporize and deliver to the lungs of the user a chemical mixture typically composed of nicotine, propylene glycol and other chemicals, although some products claim to contain no nicotine.’’

And when asked if electronic cigarettes are safe or not, the answer is that, “it has not been scientifically demonstrated,” adding that if some types of ENDS do not contain nicotine, they are found to be composed of “other toxic chemicals.”

As to question of whether ENDS is an effective means by which to quit smoking, the answer is, “the efficacy of ENDS for helping people to quit smoking has not been scientifically demonstrated.”

The WHO concludes that “consumers should be strongly advised not to use any of these products, including electronic cigarettes.”

What is very problematic about cigarettes is that even those who do not have the least inclination to smoke end up having some nicotine in their body. This introduction of nicotine into the body happens to everyone, whether a pregnant woman or a child, just walking on the main street or sitting in a café, careless smokers freely exhale nicotine from their lungs and everyone is included in their smoking.

It is very rare, if not impossible, to find someone who does not smoke and does not have a bad memory with cigarettes or cigarette smoke.

I remember when I was in secondary school, we had a chain smoking professor that was selfish enough to smoke inside our classroom! We, 14 year old students, would often cough out loud to indirectly hint to him that his choice was a bad one and it affected all of us! After all, he was the one that was supposed to be our example that smoking is not healthy for us. In response, he would just smile and slowly walk towards the door.

We thought that our little childish plan worked and that he would continue smoking outside. Unfortunately for us, and to our surprise, he just stood in front of the door and with his back to us and ignored whatever we did. Thus, we were forced to endure a half an hour of smoking. We had to sit quietly while the wind kept pushing all the nicotine and pollutants from his disgusting habit directly into our fresh and clean lungs.