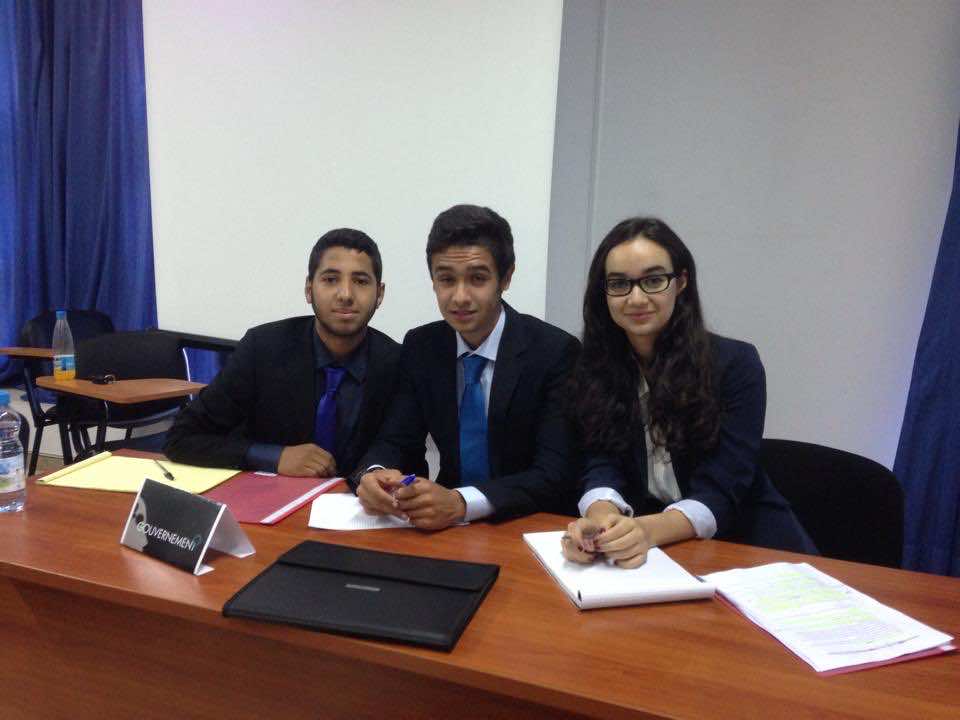 By
Ilona Alexandra
-
Ilona Gerbakher is a student, traveler and writer currently living in Rabat and studying French, Arabic and Darija.
Jun 3, 2014
Spread the love

In a full day tournament this past Saturday, hosted by The Great Debaters of Morocco in Rabat, five young debaters pulled off a stunning victory, a glimpse of things to come in Thailand.

The Great Debaters of Morocco, Morocco’s first national debate association, has been running a national University debate tournament for the past two years. The organization, founded by Rajae Boujnah and Younes Ahaddad, encourages political, social and cultural debate among Moroccan youth, and works to expand the limits of dialogue and discussion in Moroccan culture.

The tournament this weekend was hosted at L’Ecole Nationale Architecture, Morocco’s premier school of architecture. The most prestigious universities in the country competed for the golden cup: ENSA Tetouan, INPT, ESI, and Cadi Ayyad University are the foes that the Moroccan National Debate Team faced.

The Moroccan National Debate Team was defeated by Cadi Ayyad University, whose three excellent debaters took home the gold in a hard-fought final round.

The five debaters from the Moroccan National Debate Team were by far the youngest competitors at the tournament–Rim Belkouadssi, for example, just turned fifteen years old! They were also the only high-school team in a tournament that represent the best of the best Moroccan universities. But the team more than held their own, beating three university teams to take home the silver medal at the national university debate championship and the gold medal for best coaching.

That this young team should so successfully compete against Morocco’s finest university teams speaks volumes about their debating potential. Saturday’s win makes them officially the best high school debate team in the country, and the second-best university debate team! In fact, their competitors were so impressed by the performance that they all came to the team after the end of the competition to shake their hand and congratulate “the best team at the tournament.”

Congratulations to Yassine Youssfi, Zakaria Jebari, Rim Belkouadssi and Ghali Bengebara, Morocco’s best young debaters. This is only a preview of things to come, so stay tuned for more victories–both at home and abroad!