Casablanca - A 37-year-old Moroccan national died from a heart attack on Tuesdayat Wahran Airport in Algeria, after a medical team allegedly misdiagnosed him, according to  news website H24. 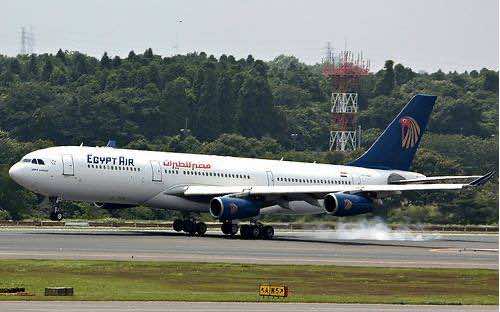 By
youssef sourgo
-
Youssef Sourgo is currently a Master’s student in Linguistic and Literary studies at Ain Chok Faculty of Letters and Humanities.
Jun 5, 2014
Spread the love

Casablanca – A 37-year-old Moroccan national died from a heart attack on Tuesdayat Wahran Airport in Algeria, after a medical team allegedly misdiagnosed him, according to  news website H24.

The Moroccan was a passenger on a flight from Cairo to Casablanca. The passengers urged the flight crew to land the plane atthe nearest airport after they realized that the Moroccan passenger’s health condition was critical.

The airplane pilots changed direction to land at Wahran Airport in Algeria, where a medical crew was summoned to take care of the Moroccan passenger.

After diagnosing him, the medical crew—a doctor and his assistant—declared that his health condition did not really necessitate taking him to a hospital. But a medical certificate later found in the passenger’s luggage indicated that he suffered from Tuberculosis, according to the same source.

Unconvinced by the medical crew’s post-diagnosis recommendation, the pilot refused to resume the flight unless the Moroccan passenger was taken to a hospital. An altercation erupted between all flight passengers, including the flight crew and officials at Wahran airport.

The 37-year-old Moroccan died one hour after the plane had landed. His death outraged the 133 passengers on the flight, who denounced the medical crew’s behavior and held them accountable for his death.

The Moroccan consulate called on the public prosecution to subject the victim’s body to an autopsy in order to determine the circumstances of his death.