Rabat - Prince Felipe, who will be proclaimed King of Spain , will "soon" pay a visit to Morocco, the spokesman for the Spanish royal family announced on Thursday according to the Spanish daily ABC . 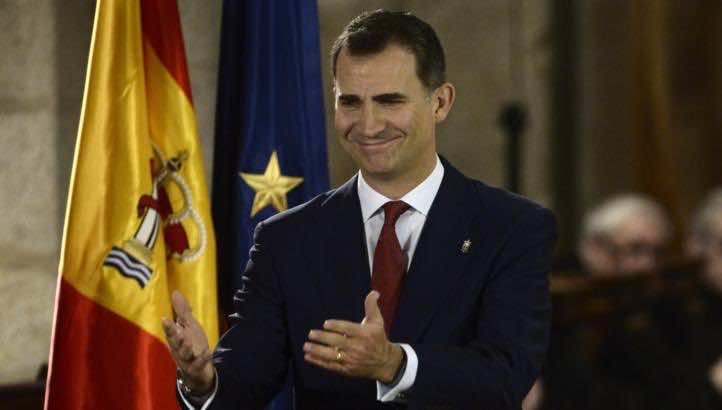 Rabat – Prince Felipe, who will be proclaimed King of Spain , will “soon” pay a visit to Morocco, the spokesman for the Spanish royal family announced on Thursday according to the Spanish daily ABC .

Morocco, France and Portugal are among the top destinations of the future king during his first official visits abroad.

Prince Felipe will be enthroned during a ceremony in the coming days in Parliament, said the spokesman at a press conference .

The exact dates of these trips, planned during the months of July and August, will be determined after the official proclamation ceremony, scheduled to take place on June 18, the same source added.

On Monday, King Juan Carlos announced in a televised message his decision to abdicate in favor of his son Prince Felipe, to open the way to a “younger generation” that will bring “hope” at a time when the crisis left “serious scars” in Spanish society, a new generation, he has said, that will “affront with new energies” the transformations and reforms in the future.

Morocco and Spain enjoy strong relations in spite of the existence of some thorny issues on their agenda, such as the question of the enclaves of Ceuta and Melilla, two cities under Spanish sovereignty, as well as the issues of immigration, and the delimitation of maritime borders.

Over the past 8 years, the Spanish government adopted a neutral position on the question of Western Sahara and has been vocal in calling for the achievement of a political and mutually acceptable solution of this territorial dispute.

Over the past four decades, the relationship between the two countries’ royal families have been so intimate with King Juan Carlos called King Mohammed VI’s “uncle.”