Rabat - The commission, set up to look into cases of French nationals detained in Morocco, held on Thursday a session to examine how to settle the cases. 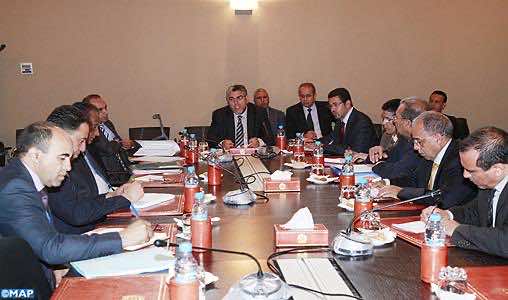 Rabat – The commission, set up to look into cases of French nationals detained in Morocco, held on Thursday a session to examine how to settle the cases.

Justice minister, Mustapha Ramid, said the commission, which groups representatives from the justice, interior and foreign affairs and cooperation ministers, the inter-ministerial delegation of human rights and the general delegation of correctional administration and re-integration, will look into the situation of these detainees in a purely exceptional manner and for humanitarian considerations

Ramid also recalled that Morocco had suspended last February judiciary cooperation with France, in order to amend conventions in a way to guarantee equal rights for Moroccan and French detainees.

The minister explained that “the commission will exceptionally, look into “the humanitarian situation” of French detainees asking to serve the rest of their prison sentence in France”, stressing that this is “an illustration of the Royal benevolence and shows that Morocco is and will always be a great Kingdom attached to the lofty human values it has constantly upheld”.

Last May, the Royal office announced that King  Mohammed VI, touched by the destiny of these detainees who are observing a hunger strike, has given his instructions to the justice ministry to set up exceptionally and for purely humanitarian considerations a commission to examine their cases.

The commission was tasked to “look into the cases of these detainees, in consultation with the French competent authorities and propose the appropriate measures to settle their problems,” the Royal office said.

“The Sovereign reaffirms by this exceptional measure the Kingdom attachment to the universal humanist values and his long-standing commitment that no person should suffer as a result of inter-governmental divergences,” it added.