Rabat - The Visit that Mohammed VI was supposed to pay to Russia starting from June 10 has been postponed, according to Moroccan news website Le360. 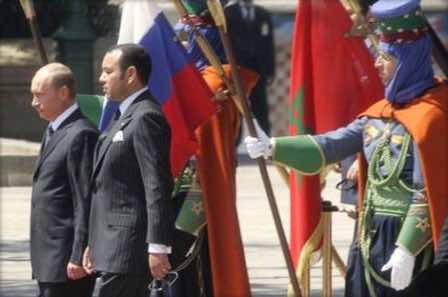 Rabat – The Visit that Mohammed VI was supposed to pay to Russia starting from June 10 has been postponed, according to Moroccan news website Le360.

According to the same source, the second visit of the Moroccan monarch to Russia, will most likely take place after the month of Ramadan, which is due to start at the end of June.

Earlier this week, Moroccan daily Al Massae reported that Moroccan and Russian officials had held a meeting focused on the preparation of the visit.

The Russian Ambassador to Morocco was quoted as saying that Putin and King Mohammed VI will address a range of issues of common interest, including the Western Sahara, the latest developments in North Africa and the Sahel region, as well as The situation in the Middle East and Ukraine.