Casablanca- A group of Moroccan Amazigh activists have recently founded “the Moroccan Observatory for the Fight against Anti-Semitism,” consecrated to fighting anti-Semitism and solidifying ties with Israel. 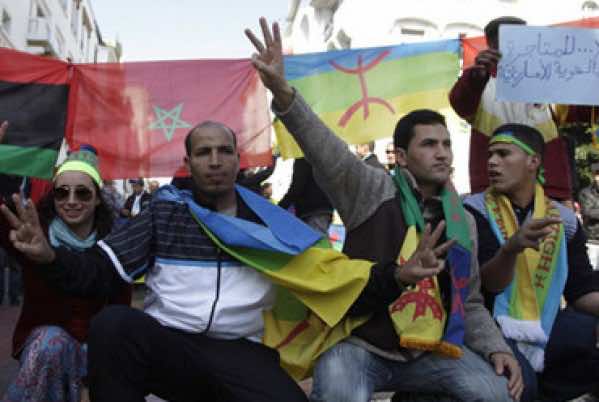 By
youssef sourgo
-
Youssef Sourgo is currently a Master’s student in Linguistic and Literary studies at Ain Chok Faculty of Letters and Humanities.
Jun 7, 2014
Spread the love

Casablanca- A group of Moroccan Amazigh activists have recently founded “the Moroccan Observatory for the Fight against Anti-Semitism,” consecrated to fighting anti-Semitism and solidifying ties with Israel.

The news has been reported by a number of Moroccan and Israeli news websites. The Moroccan Observatory for the Fight against Anti-Semitism is headed by Omar Louzi, a Amazigh activist known for defending the rights of Amazigh minorities.

“We are here to stop anti-Semitic attacks in mosques and elsewhere against the Jews and their culture,” Louzi was quoted as saying by Israeli news website jssnews.com.

The foundation of the Observatory is said to come as a response to the cancelled visit of three Amazigh activists to Tel Aviv.

“From now on, the anti-Semites must be aware of my determination and that of all members of the observatory, along with many Ambassadors for Peace appointed by the Observatory on 5 continents, to denounce and prosecute them,” according to Moroccan website panorapost.com.   “No more impunity!” he added.

The new observatory seems to be a response to the Moroccan Observatory against Normalization with Israel, an association established in 2013. The latter had published in April 2014 a list of people and institutions accused of collaborating with Israel.

Among those who figured on the list were Andre Azoulay, a Moroccan Jew and adviser to the Moroccan sovereign; Driss El Yazami, chairperson of the National Human Rights Council (CNDH); businessman Gabriel Banon; and Ibrahim el Fassi Fihri, founder of the Amadeus student exchange program, according to Jewish news source JTA.

The three Amazigh activists whose visit to Israeli was cancelled—namely Omar Ouchann, Boubker Ouchann Inghir and Mounir Kejji —had been invited to attend a conference organized by Tel Aviv University’s Moshe Dayan Center for Middle Eastern and African Studies.