Casablanca- A few days after he euphorically announced that all Moroccan college students would benefit from government scholarship, Moroccan Minister of Higher Education recanted his announcement.

By
youssef sourgo
-
Youssef Sourgo is currently a Master’s student in Linguistic and Literary studies at Ain Chok Faculty of Letters and Humanities.
Jun 8, 2014

Casablanca- A few days after he euphorically announced that all Moroccan college students would benefit from government scholarship, Moroccan Minister of Higher Education recanted his announcement.

Moroccan Minister of Higher education, Lahcen Daoudi, has recanted his decision to extend state scholarships to all college students. This comes after he had announced in a parliamentary session that all students would obtain scholarships starting from the next school year.

Moroccan college students were in a celebratory mood. Daoudi had announced, in a speech given before the lower chamber of the parliament in Rabat on Monday, that his ministry would provide scholarships to all students who would file an application for the 2014-2015 school year.

But the Minister was quick to recant his grandiloquent pronouncement.

“[The generalization] concerns only part of the candidates, whose applications were approved, but did not make it to the last phase, because of budgetary issues,” Douadi told the daily Akhbar Al Yaoum. “Only 230,000 out of 615,000 students are targeted by this initiative.”

In his parliamentary speech, the Minister did not make it clear that not all college students would benefit from state scholarships next year, but only the neediest among them. Quite the opposite, Daoudi unmistakably announced that “state scholarships would be generalized starting from the next school year.”

“Yes, we have raised the prices of gas and oil,” the minister stated. “Now, good news for all Moroccans. All college students, I repeat, all college students who apply for a scholarship will receive it.” Clearly, No mention of particular exceptions was made in his address.

Almost all reactions to Daoudi’s recent reconsideration of statements expressed frustration. Moroccans, including current and future college students, expressed their disappointment at the Minister’s recent clarification via social networks.

“Was this a hidden camera or something?” a Moroccan college student sarcastically commented on a Facebook post announcing the news. “I will no longer trust any politician,” bitterly read another comment.

“This is utter childishness,” echoed others.

Seemingly, the Minister’s recent rectification of his previous announcement has aroused Moroccans’ skepticism about every other statement he made in his speech. One of these statements avowed that the ministry “will invest more than MAD 600 million” in scientific research. 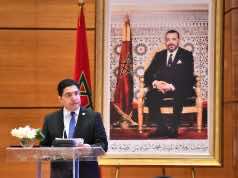 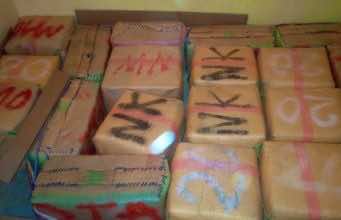