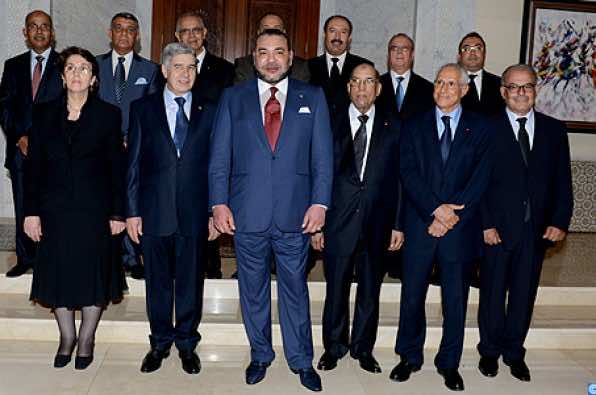 The Constitutional Court can also hear an objection of unconstitutionality raised during a trial, when one of the parties claim that the law on which the case outcome depends, infringes the rights and freedoms guaranteed by the Constitution.

The decisions of the Constitutional Court are not subject to appeal. They are binding on public authorities and on all administrative and judicial authorities.

On the occasion of the inauguration of the new headquarters of the Constitutional Council, the Council’s president, Mohamed Achargui presented to the Sovereign a book in Arabic entitled “Glossary of constitutional terms.”