Casablanca - The aftermath of September 11, 2001, renewed a focus on the rise of fundamentalism all over the world. Since the United States is characterized by its religious diversity and the most religious industrial western country, more attention has been paid to the relationship between religious institutions and the state. Many concerns were voiced by the media and in academia to analyze, study and investigate this religious phenomenon and its implications on American politics. The rise of mega churches, within and outside the American territory, has fueled many attempts to define a mega church, look for the reasons behind its rapid growth and offer an explanation of its influence on the political life in America. 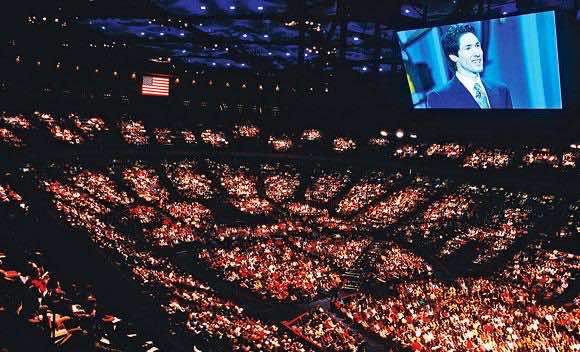 By
Mohamed Saoudi
-
Mohamed Saoudi is a master student majoring in Moroccan American Studies at the University of Hassan II, Casablanca.
Jun 12, 2014
Spread the love

Casablanca – The aftermath of September 11, 2001, renewed a focus on the rise of fundamentalism all over the world. Since the United States is characterized by its religious diversity and the most religious industrial western country, more attention has been paid to the relationship between religious institutions and the state. Many concerns were voiced by the media and in academia to analyze, study and investigate this religious phenomenon and its implications on American politics. The rise of mega churches, within and outside the American territory, has fueled many attempts to define a mega church, look for the reasons behind its rapid growth and offer an explanation of its influence on the political life in America.

What is a mega church?

Most definitions of “mega church” put an emphasis on the adjective mega, which implies great size and relies on large numbers of attendees, but this definition remains incomplete. A mega church is identified, in part, as evangelically oriented and theologically conservative. It is traditionally a suburban protestant church that is 10 times bigger than traditional churches (enormous in size). It is generally a gathering place for more than 2000 attendees each week and centrally located in easily accessible places. It is often characterized by its modern, attractive and visible building style and typically focuses on the needs and interest of its members.  In order to further this focus, it is the only church that conducts market surveys.

In brief, mega churches are congregations whose average weekly worship attendance is at least two thousand people. Historically, the mega churches started in the 1970s with about 50 of them in the country; currently there are more than 1400 mega churches. This rate of growth is deemed by many to be a measure of a real success.

The reasons behind its rapid growth

According to the last statistics of 2005, the mega church is the fastest growing church in America. Many factors are behind the rapid growth. Religious revivals are not the only factors that contribute to the rapid growth of mega churches in America. However, with respect to this issue, the loss of faith along with the intense individualism characteristic of American society and the secularization of society, are regarded as driving forces toward the revival of religion in America. And indeed, mega churches provide a respite for those looking for inclusion rather than exclusion. These churches mingle political life with social life and promote civic virtue by taking into consideration the importance of civic organizations in America. They establish cooperative networks that enable members to forge social connectedness and practice activities that often generate income for the church. Unlike traditional churches that are centered on guilt and salvation, mega churches are usually not full of Hell, brimstone and fire. They do not ask much from the congregation but, instead, they offer a welcoming environment for faith seekers and they focus on a much more positive and spiritual approach.

The use of market surveys is a strategy that mega churches employ to grow their congregation. This strategy of conducting empirical studies and marketing surveys is used extensively to measure and understand the spiritual needs of the American society. Therefore, these surveys result in offering people the products they need as the churches utilize the findings of these surveys to attract more clients/congregation. In one of the interviews of Pastor Rick Warren, the founder of Saddleback Church in Orange County, California and the author of the best-selling book, The Purpose Driven Life, he stressed the importance of surveys in the development of his church. In fact, not only are the strategies for these churches changing, the leaders have also undergone an image transformation. Gone is the stereotypical pastor of old and replacing him is a newer more “in touch” person. Pastors today, represent the new profile of a successful religious figure. They are not only attractive and skillful religious orators but are also often holders of advanced degrees in business. They behave like professional CEOs and they offer flexible consumerist approaches, which have much more appeal in today’s society.

Besides the ability to easily adapt religion to fit comfortably inside mainstream culture, these churches have created a new brand of entertainment. They have successfully changed mainstream media to become the source of spiritual comfort, guidance and inspiration. Mega churches also benefit from attractive infrastructure, social activities and business services. They provide the attendees with sport facilities, religious and moral classes, bookstores, cafes and even restaurants. Moreover, mega churches excel in the use of different media tools such as TV and radio, webpages, podcasts and YouTube to display religious products. Another characteristic that most mega churches have in common is being easily accessible to all. They are most often located in the suburbs, near to highway intersections and exits and have very large parking facilities for cars.

Ellingson, S. (2007). The megachurch and the mainline : remaking religious Tradition in the Twenty-first Century. Chicago and London: The University of Chicago Press.

Winsberg, B. W. (February 2010). Geographies of megachurches in the United States. Journal of Cultural Geography.