New York - Morocco’s ambassador to the United Nations Organization, Omar Hilale, reaffirmed on Wednesday at the Security Council that Morocco’s commitment for international peace stems from “constant will” to sustain Morocco’s participation in International peace and security. 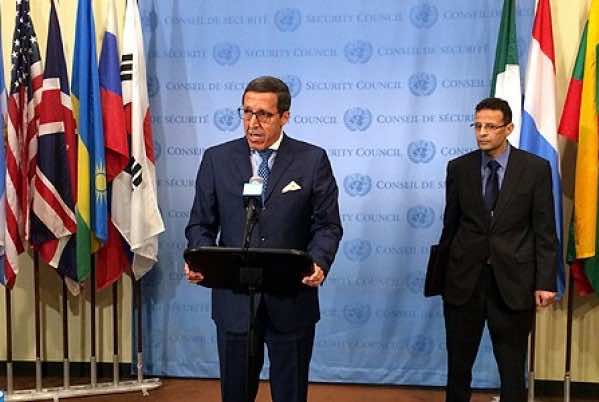 New York – Morocco’s ambassador to the United Nations Organization, Omar Hilale, reaffirmed on Wednesday at the Security Council that Morocco’s commitment for international peace stems from “constant will” to sustain Morocco’s participation in International peace and security.

During the Security Council’s debate on “UN peace-keeping operations: New tendencies,” Mr. Hilale stressed that Morocco’s “attachment to international peace is a constant principle that has never been rescinded, since the country’s independence.”

This commitment, he went, “reflects permanent will to sustain the concepts of collective security and international peace underlying the existence of our Organization,” the diplomat went on during the session sponsored by Russia, which is holding the Council’s rotating chairmanship.

He also paid tribute to the UN peace-keeping forces and missions worldwide.

Morocco has been taking part for over half a century with more than 60,000 peace-keeping agents worldwide, he recalled urging for setting “realistic mandates for the UN peace-keeping operations, establishing triangular cooperation between the UN secretariat, contributing countries and the executive organization and drafting crisis-settlement strategies supported by measures for lasting development.