Taroudant, Morocco- The Ministry of Equipment and Transport has introduced a new procedure to renew driving licenses: the old paper-based driving licenses are being replaced with new electronic licenses. 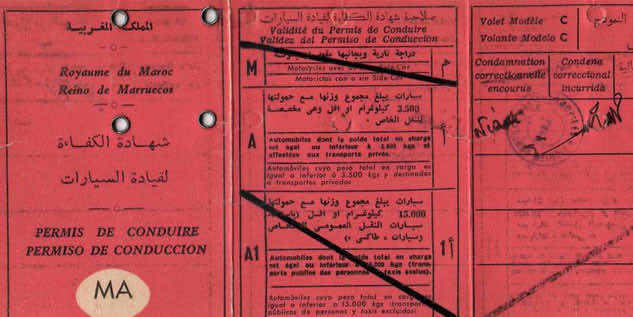 By
Larbi Arbaoui
-
Larbi is a freelance writer and assistant editor at Morocco World News.
Jun 13, 2014
Spread the love

Taroudant, Morocco- The Ministry of Equipment and Transport has introduced a new procedure to renew driving licenses: the old paper-based driving licenses are being replaced with new electronic licenses.

Article 309 of Law No. 52-05 requires all paper-based driving license to be replaced by electronic licenses by the following deadlines established by the Ministry:

To facilitate the procedure, the Ministry has announced that those wishing to convert their driver’s licenses from paper to electronic, can now make appointments online on the company Assiaqa Card website.

The Ministry is urging all citizens who have not yet begun the process of renewing their licenses to book their appointments online in accordance with the schedule to avoid overcrowding at the offices in charge of renewing the driving licenses.

The Ministry has also made it possible for citizens to track the progress of their applications via text message (SMS) by texting 3535 any time.