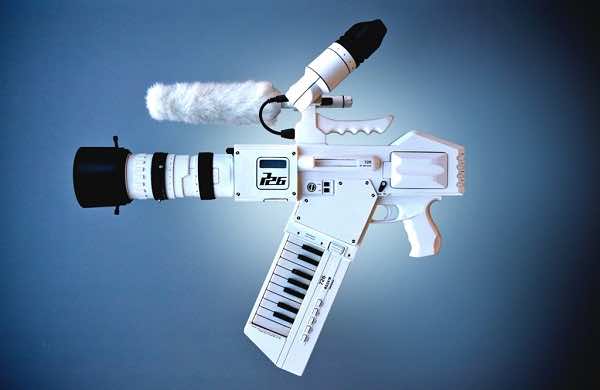 Nador – During World War I & II, propaganda won the wars as much as firepower did.

Nowadays, propagandists fight an unorthodox war: no bloodshed, no artillery and surely no soldiers. The media is the weapon, journalists are the soldiers, the target is the viewer’s mind and the bullets are news bulletins and entertainment programs. The mass media have becomethe platforms through which twenty-first century wars are fought. Countries no longer colonize by means of the gun. Now they colonize by means of the satellite disk. Wars that once spilled blood have been replaced by newscasters that spill words, flooding the world with the ‘soft power’ of Western culture.

What is it that these neocolonialists of the mind wish to gain? They seek to understand and change the perceptions, attitudes, beliefs and behaviors of their viewers. No small thing, this! Changing viewers minds in order to favorably serve strategic goals is the cornerstone in this war of ideas. Co-opting rather than coercing is an essential factor in the success of soft power. The most common instruments of persuasion are various forms of media, including radio, television, movies and the print media. Satellite TV channels, radio stations, newspapers and magazines are weapons today.

The Arab world has recently become the target of diverse foreign government owned-media outlets scrambling for political and cultural influence over the region. Major powers like America, Britain, Russia, Germany, France and China have established Arabic version satellite television channels to speak to Arabs and explain to them their viewpoints about their foreign policy in the Middle East. Al Hurra, DW Arabic, BBC Arabic, Russia Today, France24, Sky News Arabic, CNN Arabic etc, all of which are directed towards Arab audiences only. Spending millions of dollars on such projects cannot be considered an ordinary enterprise. There must be convincing reasons for the creation of these foreign outlets. Most of these channels broadcast news programs. Although there are private entertainment channels beaming western culture, akin to MBC4, MBC action, MBC Max, Fox series, Fox movies, Panorama, their goals of ‘perception-management’ are complementary with those under governments’ control.

The United States of America capitalizes more than any other country in the world on the power of its sophisticated media to launch its persuasion campaigns in the Arab world. After the 9/11 attacks in New York, the American Department of State launched a Rapid Response Unit. The task of this team, which works around the clock, is to gather any information about America being broadcast on major Arab satellite channels. Summarized reports and recommendations are sent to US embassies worldwide in the early morning instructing American diplomats on measures which should be taken to address current challenges. The goal of this unit is to counteract negative perceptions Arabs receive from other media outlets. This unit is a case in point of what is referred to as ‘public diplomacy’.

In short, Arabs in the MENA region should be aware of the foreign media blitz targeting their very existence and identity. Arab nations have become like a platter of food that contemporary powers sit around to eat from. The attack on the Arab and Islamic values is carried mainly through news and entertainment programs, which are part and parcel of the modern public diplomacy. So don’t sit around and allow yourself to become a tool of these powers–be aware of your media choices, and consume with care. Otherwise, one day the platter being served up will be you!