Casablanca-Mi Fettouma, a 90-year-old Moroccan woman who receives only 179 DHs ($21) a month in a retirement pension from the government, recently decided to relinquish it and give it to the Head of the Moroccan government, Abdel-illah Benkirane. 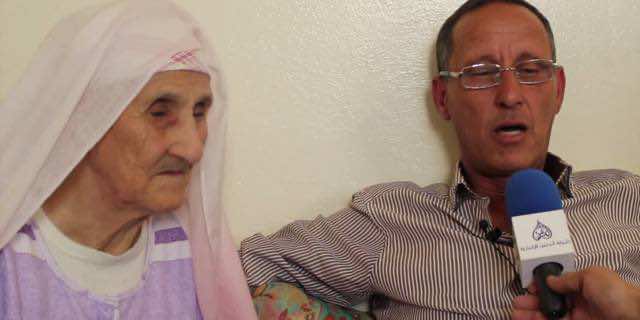 By
youssef sourgo
-
Youssef Sourgo is currently a Master’s student in Linguistic and Literary studies at Ain Chok Faculty of Letters and Humanities.
Jun 15, 2014
Spread the love

Casablanca-Mi Fettouma, a 90-year-old Moroccan woman who receives only 179 DHs ($21) a month in a retirement pension from the government, recently decided to relinquish it and give it to the Head of the Moroccan government, Abdel-illah Benkirane.

Mi Fettouma, in a video recently uploaded to YouTube by Andalouss news outlet, said that with her meagre retirement pension of just 179 DHs, she cannot afford even her most basic needs.

“Give it to the Head of the State to play with it,” Mi Fettouma told her interviewer in the video. “This monthly sum is not enough for me to live on. I can’t afford medicines, or even the most vital needs, like food, the public bath, and medicine.”

With her noticeable visual impairment, Mi Fettouma cannot do much without the assistance of someone else to guide her. Her eight married daughters and her son, who appears in the video, are all jobless.

“Without our neighbors, I wouldn’t have been able to afford medicines,” she states in the video.

According to her son, Mi Fettouma went on a hunger strike in Fez, eventually ending up in hospital.

“We called on all the authorities,” Mi Fettouma’s son declared in flawless standard Arabic. “We incessantly called upon the Head of the government and the Ministry of Solidarity, and we also sent letters to Princess Lalla Meriem, in charge of many social initiatives, as well as to HM the king.”

Mi Fettouma’s cries for help fell on deaf ears, according to her son, who is now unemployed after he quit his work in a company.

The son, on behalf of his mother, calls on HM King Mohammed VI to lend his caring and supportive hand to Mi Fettouma, who has been psychologically traumatized by her family’s dire financial situation.

MAD 1000 is the lowest retirement pension that is supposed to be paid to Moroccan retirees. Mi Fettouma and her son are asking for this very basic entitlement.