Morocco World News
Home Society Expatriates Why Did I Come to Morocco? (Part 1)

Meknes, Morocco - “Teacher, why did you come to Morocco?” The topic in my English language class is immigration and culture. I opened my mouth to answer and then paused, “Too general” I said. “I want you to work with your partners and think of the reasons that people migrate.” 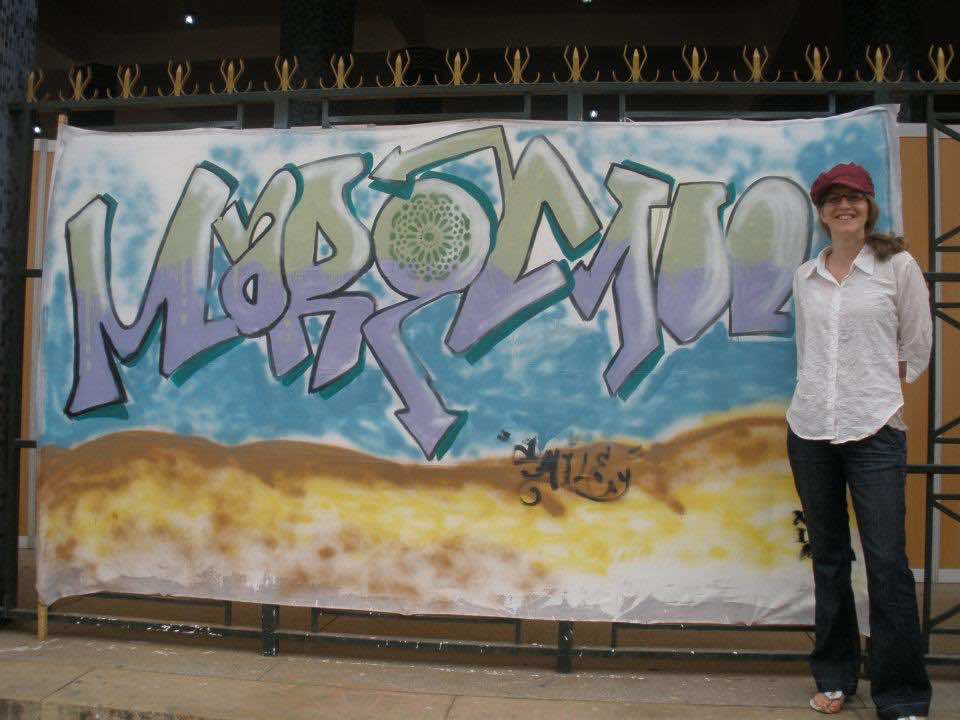 By
Morgan Bate
-
Morgan Bate is a English teacher in the American Language Center system of schools.
Jun 17, 2014
Spread the love

Meknes, Morocco – “Teacher, why did you come to Morocco?” The topic in my English language class is immigration and culture. I opened my mouth to answer and then paused, “Too general” I said. “I want you to work with your partners and think of the reasons that people migrate.”

The list my collective class came up with was impressive. We put them on the board, pull factors on one side, pull on the other. Employment, family, adventure; famine, war, natural disasters.

In 2009 I graduated from college in one of the worst job markets the United States has ever seen. I took the first job I was able to find, an internship that paid next to nothing. I was a signature collector. On a list of jobs I have done in my life, signature collector sits below waitress, well below teacher, and just above my loathed first job as a teenager: cleaning public restrooms.

No one wants to talk to a signature collector, but we want to talk to you. On a busy tramway we enter, and slowly move from person to person. “Hi! How are you today? Great! Me too. Hey, do you know about the proposed tax on soda? No? Well…” I had seconds to make a personal connection, and seconds more to convince them that the soda tax was a bad idea, bad enough that they should sign their name the petition I was carrying in my hand. I had to collect 1000 signatures a day. American politics is a funny thing. The signatures were all going to be sent to the State government, proof that the American public did not support the tax. As I moved through the tramway, another man got in behind me, “Hi! How are you today?! Great! Me too. Say, do you have a few dollars so I can buy some food! Just a dollar, please.”

Just to shatter any misconceptions you might have about wealth in American, the homeless are everywhere. I can count far more walking downtown in my home city in the U.S. then on an average day in Meknes, Rabat, or Casablanca. Most are desperate, some are crazy, and a small few are curiously homeless by choice. No one wanted to talk to them either, so I found we got on fairly well. Being commonly disliked brings people together. I talked to one man about choice.  He was young, mostly clean, and educated. “I was working in New York”, he told me. “I had everything. Amazing job, crazy house, cars. I had a boat too.” I wanted to know what happened, “did you lose your job when the economy crashed?” I asked. “No. I just woke up one day and realized that it wasn’t worth anything. I wasn’t a good person. I left. My parents aren’t very happy about it.”

With the list my students made above, and my signature collector story, you might think I left Morocco for better job opportunities. But better job opportunities came along a few months later. I found a great job as a project manager in a local marketing firm. The people I worked with were great, the money was great, and people smiled back at me when I looked at them on the tramway. Best of all, people thought I had accomplished something. Americans value independence and successful careers. I had both.

Our cultures hold standards of success above our heads to achieve. The ones yours tell you to attain have similarities with and differences from mine, but the expectation is the same. Mostly we conform to them. Ask young Moroccans what they want to do when they grow up and they will give you one of three jobs: doctor, engineer, pilot. Wealth. Ask young Americans where they want to go to school, and every school on the list will be a few hundred miles from their families. Independence.

I was independent, had a good job and a nice apartment. I worked 65 hours a week. I never saw my family or friends. After a few years, my life started to feel a lot like the young homeless man I spoke to that day on the street.

Even when you can achieve it, the American Dream isn’t all it’s cracked up to be. Considering the successful but unhappy individuals I know in Morocco, the Moroccan Dream isn’t necessarily the pinnacle of life either.

Quite a few people I know think I’m crazy. Some of my family members aren’t very happy with me. My Moroccan students think I’m pretty nuts too, especially if I ever tell them exactly how much money I was making on that marketing job.

The one word reason that pushed me from the States and pulled me to Morocco? I’m not sure. A lot to do with adventure, some to do with a career, a lot to do with family. Mostly, it was about rejecting the dream my culture told me I should have and deciding for myself what life I wanted to build.

“Teacher,” my students asked me, “are you happy with your life here?” The bell rang. “We’ll talk about that next week” I answered. “Prepare three questions to ask me as homework. See you next Sunday.”