Rabat - After spending the last season on loan with Stoke City, Liverpool’s winger and Moroccan national Oussama Assaidi may come back to Anfield next season as Stoke’s attempts to permanently sign Assaidi have failed. 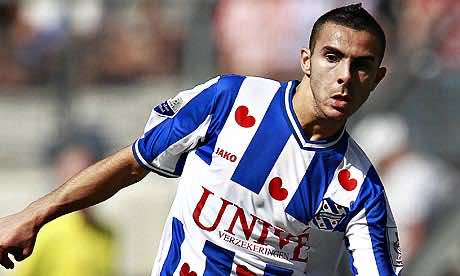 By
Aziz Allilou
-
Aziz Allilou is a student at the Higher Institute of Media and Communications (ISIC) and Morocco World News correspondent in Rabat.
Jun 15, 2014
Spread the love

Rabat – After spending the last season on loan with Stoke City, Liverpool’s winger and Moroccan national Oussama Assaidi may come back to Anfield next season as Stoke’s attempts to permanently sign Assaidi have failed.

Morocco’s winger Assaidi was loaned from Liverpool to Stoke City last season and performed well under the supervision of Manager Mark Hughes. He helped his team win many games and scored five goals, including a brilliant winning goal against Chelsea.

Mark Hughes, Stoke City’s manager, appreciated Assiadi’s time with the club, and expressed his desire to keep the Moroccan winger at Britannia Stadium.

However, Assaidi may come back to the Reds, as Stoke chief executive Tony Scholes has conceded that Stoke’s attempts to permanently sign Liverpool’s winger appear to have failed.

“Stoke chief executive Tony Scholes reveals the two clubs are struggling to negotiate a deal that suits all parties”, reported the Daily Express.

According to the same source, Tony Scholes said, “We’ve spoken to Liverpool about Oussama and we’ve spoken to his agent. Sometimes deals look difficult to do and this one, if I’m frank, this is in the very difficult section.”

“We’ll see. He had a great season with us last year…We like him a lot, we know what he can bring to the club and he knows the club,” he concluded. “It’s a deal we would like to do, but we will have to wait and see.”