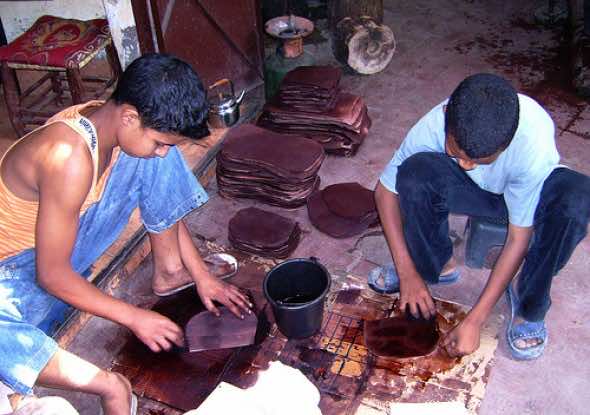 Taza, Morocco- Child labor is still a backbreaking cause to be dealt with in Morocco, though a newly issued report by the High Commission of Planning (HCP) brings some hope.

The new study shows that more than 86,000 children between 7 and 15 years old are employed in both rural and urban areas.

The HCP’s report says that the child labor phenomenon is on the decline compared to the number of working children in 1990, which was 517,000 children.

The HCP declares that most rural children work in agriculture and forestry (94%), while in the city the proportion of children doing industry-related jobs was 87.7%.

The issuance of this report coincided with the celebration of Anti-Child Labor Day on June 12th under the slogan “Expansion of Social Protection: Eradication of Child Labor.”