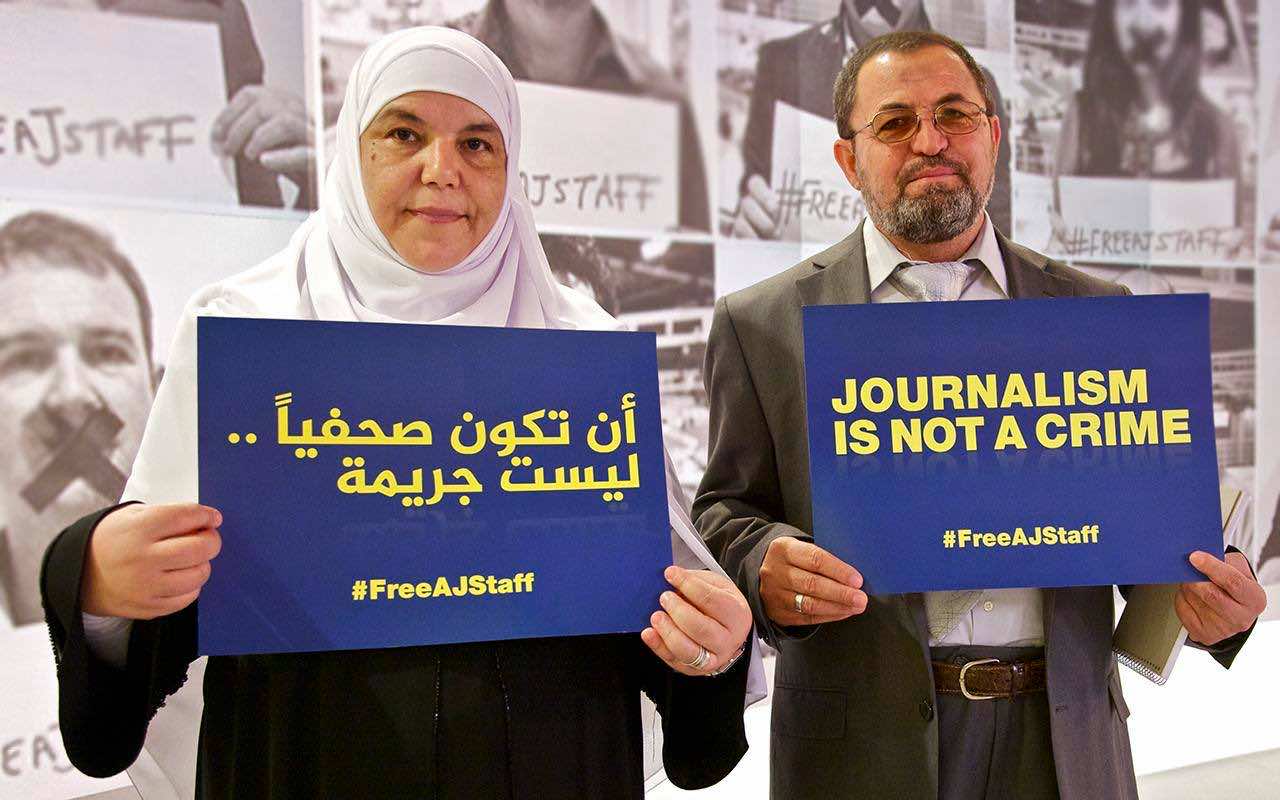 A statement from the prosecutor’s office on Monday said Elshamy, who has been on hunger strike since January, would be set free due to “health conditions.” The statement said 13 other people would be freed on the same grounds.

Elshamy, born in Egypt but raised in Nigeria, has been on hunger strike for 147 days in protest of his prolonged imprisonment without charge. He was arrested on 14 August 2013 while covering the violent dispersal of a sit-in by supporters of Islamist president Mohamed Morsi, who was overthrown by the army in July.

Commenting on the Egyptian prosecutor’s statement that Elshamy will be released, Al Jazeera spokesperson Osama Saeed said, “This is a relief rather than a cause for celebration. Abdullah has been through a terrible ordeal for over ten months. He’ll want to spend time with his family and recuperate. When he’s ready, we look forward to seeing him back in action, doing the vital job of journalism that he so clearly loves.”

Al Jazeera English journalists Peter Greste, Baher Mohammed and Mohammed Fahmy are still behind bars, and Al Jazeera continues to call for their freedom. A verdict in their case is due on 23 June 2014.

In a final plea from defence lawyers, the court yesterday was reminded that this “trial is not a trial for these defendants alone – but a trial of all journalists.”

Fahmy, who was allowed to address the judge before the case was adjourned, also said: “This case is a political case.”

Saeed said, “Yesterday was the final summation by the defense. Again the weaknesses of the prosecution case have been exposed. On the balance of arguments, Al Jazeera hopes the judge will take into consideration the facts presented to him and acquit Peter, Baher and Mohammed of any wrong doing. On June 23rd, the entire world will be watching Egypt to see whether they uphold the values of press freedom.”

Calls for the release of the Al Jazeera staff have been made from the White House, the British Foreign and Commonwealth Office and the European Union. Similarly public calls of support for the #FreeAJStaff campaign have been made from prominent media personalities with over 60,000 people supporting the #FreeAJStaff campaign, which has had over 1.2 billion impressions on Twitter. Various media freedom and human rights groups have also issued statements ranging from the Committee to Protect Journalists, the International Press Institute, Amnesty International and The Foreign Correspondents Association of East Africa.