Safi, Morocco - Sexual harassment is not inborn. It's all a matter of upbringing and mentality. When men change their opinion about women, when women equal to men and gender stereotypes become part of the past tense; then harassment will lessen gradually into nothing, and women will be respected as men’s equals and partners. 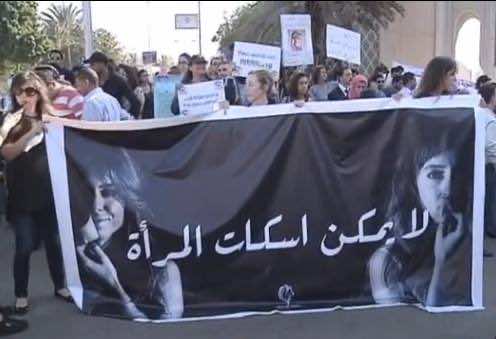 By
Izza Fartmis
-
Izza Fartmis is a Moroccan poet and a teacher of English in Safi, Morocco.
Jun 20, 2014
Spread the love

Safi, Morocco – Sexual harassment is not inborn. It’s all a matter of upbringing and mentality. When men change their opinion about women, when women equal to men and gender stereotypes become part of the past tense; then harassment will lessen gradually into nothing, and women will be respected as men’s equals and partners.

Now let us be clear in that I am not speaking about compliments or genuine admiration. Even women can be attracted by something featuring a person, whether intelligence, hard work or good appearance, and  they can express their admiration verbally. That’s why it would not be surprising nor hurting to be complimented genuinely and honestly. But the problem is the way one is complimented by harassers is in truth merely insult. It is done with leers, shaming stares and challenging words. Or worse–when it exceeds even words and extends to embarrassing gestures, it is then far from being  a compliment; it is rather a violation of freedom . What I witnessed in this respect are true justifications of the aforementioned statements.

When my children were still young, I used to accompany them to the nearby bookstore to purchase their school things. The owner of the shopwas a middle-aged man; seemingly very pious, with a long beard and always dressed up in djellebas. I used to revere him and dared not look at his face while talking to him. Above all that I used to be dressed according to my young age, decently modern but without the scarf; and I used to be afraid of receiving any advice from him concerning the veil. One day, I was coming back from my in-laws’ when ,on the way, I saw him some meters ahead of me sitting in his famous R-4 car, waiting for someone. A woman, wearing a djellaba , passed by him. She was very fat(without going into details). The man couldn’t  turn his eyes away from her–as if the front glass of his car was blurry, he stretched his neck and let his head out watching  her back. The poor woman wasn’t aware of the man’s eyes on her. So how can women have a hand in sexual harassment? How can we cause it, if we are dressed modestly and are still harassed? These actions are done by men—no matter what a woman does or wears she is harassed!

Two months ago, I hosted a young girl just appointed as engineer in Safi. As it was her first stay in the city, I took her out to visit and a tour of the city. While walking along the beach, she expressed her enjoyment of the city and I replied that Morocco as a whole Is beautiful. One moment later, a voice comes out of the blue:  Yes my sister, Morocco is a beautiful place.” We were surprised at this reply coming from a young man that we hadn’t noticed at all. Honestly, we were a bit frightened, as we were along on a path with a strange man talking to us! But I answered calmly, without showing any dismay, while going  walking quickly to avoid any more comments. Up to now, the man ,though impolitely intervening in our conversation, didn’t say anything bad. But some meters away, he joined us running: “Excuse me, he said, “can I ask you the permission to have her (meaning the guest’s) phone number? I’d like to …” But I interrupted him saying: ‘And do you think that we’re here looking for a husband? And would you accept that your mother would give your sister’s phone number to a stranger?” Without adding one more word, the young man went away.

Our conversation about the beauty of the city was rapidly ended, and the day spoiled. Why would a stranger intrude on our private discourse and follow us merely in order to ask my friend for her number? Isn’t this harassment? And if it is not harassment, could we not at least say that this is a lack of basic human respect? A man would never treat another man this same way! Don’t we women deserve the same consideration?

This is truly a problem that does have a solution. It is not a part of the ‘nature’ of Moroccan men, as some people state. Look at how far women have come in so many other ways in Morocco—Morocco is one of the best countries in the Middle East for gender integration! Women work side by side with men, walk beside them in daylight. The era of the harim is long over, and women will not be pushed back into the walls of their homes and kitchens by the men who harass them. Fortunately, we in Morocco—men and women—are beginning to see harassment as a major problem, and hopefully will find a solution in the future.