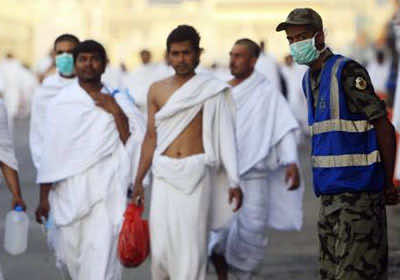 By
Said Hanin
-
Said Hanin is a student at King Fahd school of translation in Tangier.
Jun 17, 2014
Spread the love

Replying to a question posed by the  House of Representatives, Lahcen El Ouardi said, “we made such a decision only after prolonged consultations with many organizations and people, especially the World Health Organization (WHO) and many Arab health ministries.”

The minister pointed out that even Saudi Arabia made an announcement advising Muslims  not to go on this year’s pilgrimage. He warned of the possible of the spread of virus to the pilgrims’ home countries .He therefore called Moroccans who do make the pilgrimage to put on masks, which the Ministry of Health offers for free. Pilgrims were also given a green number (0801004747) to use in case of emergency.

Lahcen El Ouardi said,“Mers virus is a serious disease that kills one in three infected people.” He stressed that “there is no remedy, vaccine, or antibiotics for treatment.”

According to Saudi  officials, approximately 228 people  have been killed by the Mers virus .

According to the Maghreb Arab Press (MAP), the Ministry of Health assured last week that no cases of the Middle East respiratory syndrome (coronavirus MERS) has been recorded so far in Morocco, urging Moroccans wishing to perform Hajj or Umrah to avoid contracting the virus.