Geneva - The coordination of families of the Polisario Sahrawi victims called on Wednesday the UN special rapporteurs to ask Algeria to investigate last January's death of two Sahrawis who were shot by the Algerian army. 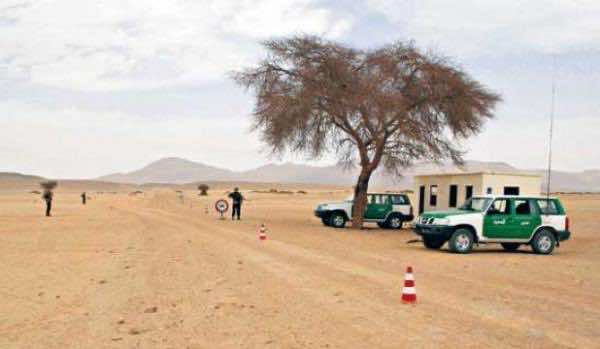 Geneva – The coordination of families of the Polisario Sahrawi victims called on Wednesday the UN special rapporteurs to ask Algeria to investigate last January’s death of two Sahrawis who were shot by the Algerian army.

In a letter addressed to four UN rapporteurs, the association says investigation should be conducted immediately to shed light on circumstances of this tragedy.

Two Sahrawi youth were shot by Algerian soldiers in the locality of of Oudiyat Toutrat, near the Mauritanian border, as they were driving to Mauritania to buy goods that they intended to sell in Tindouf (stronghold of the Polisario in southwestern Algeria).

Another man was seriously wounded in the shooting.

The association members who went to Geneva which is hosting the UN human rights council’s 26th session also said those responsible of this attack should be prosecuted and asked the UN rapporteurs and competent agencies to move to end the pressures on the victims’ families to dissuade them from seeking justice and compensation.

The attack survivor, Salek Boujemaâ, who was seriously wounded in the head, said he found himeself surrounded bdy armed men whom he identified as Algerian soldiers.