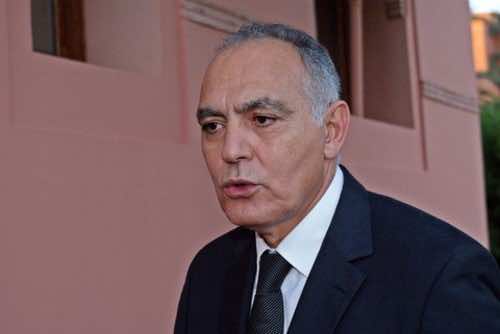 During this meeting, which was attended by ambassador of Morocco to Saudi Arabia, Abdeslam Baraka, the two officials discussed the bilateral relations and other issues of common interest.

Mr. Mezouar conveyed to Prince Saud al-Faisal the greetings of King Mohammed VI to the Custodian of the holy places of Islam, King Abdullah bin Abdulaziz, highlighting the strong and long-standing relations of friendship and brotherhood between the two countries, and the will to further strengthen and deepen them at all levels.

For his part, the head of the Saudi diplomacy expressed his gratitude to King Mohammed VI, Chairman of Al-Quds Committee, for his tireless efforts for the preservation of the Muslim identity and the civilizational character of the holy city, as well as the defense of the Arab and Islamic causes.

The 41st session of the Council of Foreign Ministers of the OIC kicked off on Wednesday under the title of ‘Exploring Areas of Islamic Cooperation” with the participation of the Palestinian president, Mahmoud Abbas, and the OIC secretary general, Iyad Madani Ameen.

Other issues on the agenda of the this 41st session include the deteriorating situation in Iraq and Syria, the state of chaos in Libya in addition to the conditions of the Myanmar Muslim minority.