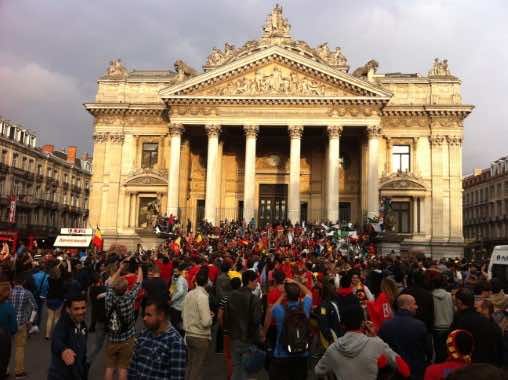 By
Larbi Arbaoui
-
Larbi is a freelance writer and assistant editor at Morocco World News.
Jun 19, 2014
Spread the love

After the Belgium Red Devils’ victory over Algeria in the 2014 World Cup, a Moroccan football fan “fell out from a lion statue while celebrating the victory,” according to Belgian news website dhnet.be.

The same source added that the Moroccan national, whose identity has not been revealed, “was in a “very critical state” after he fell to the ground and landed on his shoulder and head.

The Moroccan-Belgian national was immediately taken to the hospital. He died three hours after the accident.