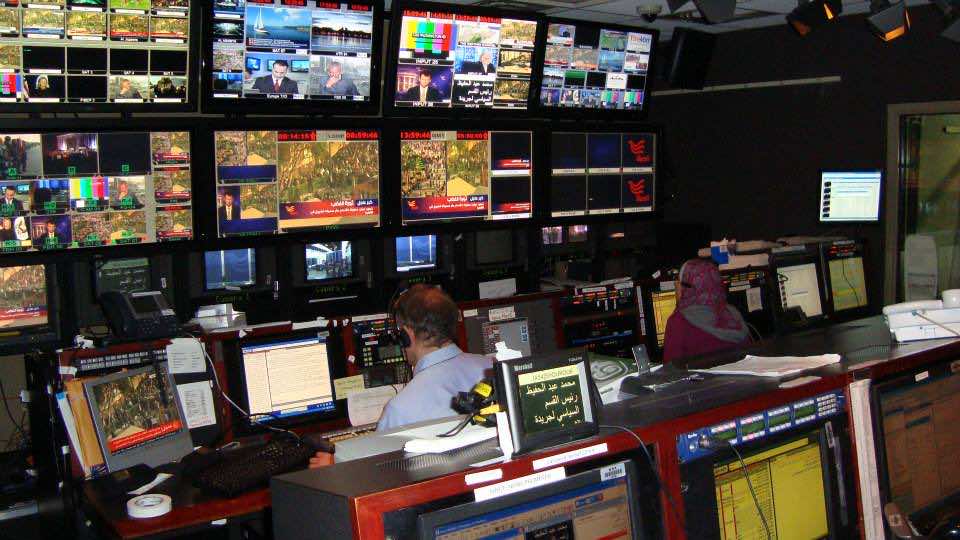 Nador, Morocco – In the wake of the 9/11 attacks, there have been hostile and racist acts perpetrated against the U.S. Arab and Muslim community as a vengeful and narrow-minded reaction.

Compounded with this was the US invasion of Afghanistan in 2001, and Iraq in 2003. These events bred extreme negative views in the Arab public towards the American administration and its foreign policy in the Middle East. To counteract such widespread growing detest, US officials resorted to “multimillion-dollar programs under a wide-scale public diplomacy plan to improve America’s image in the Middle East and win the minds and hearts of the Arab people” (El Nawawy, 2006). It is in this context that Al Hurra and Sawa were created. The two stations were supervised by the Broadcasting Board of Governors (BBG), the federal entity entrusted with controlling all US international broadcasting, and funded by the US congress.

From a social psychology point of view, research shows that in order to catalyze change in people’s attitudes, perceptions, beliefs, or behaviors, to produce the desired ones, an influence campaign originator must make the message source look credible, trusted, knowledgeable, and appear to be similar to the target audience environment (Cragin&Gerwehr, 2005). Psychologists label such campaigns as conversion type of influence. Cragin distinguishes three types of influence campaigns depending on the set objectives; these are: compliance, conformity, and conversion. Of the three categories, conversion campaigns are the most effective in creating the expected outcome(s), but necessitate more time and preparation than the others. America’s Al Hurra and Radio Sawa fall into conversion paradigm.

Al Hurra strives to shape positive attitudes towards the US administration and its foreign policy in the Arab peninsula by attempting to stem the “negative” influence of Al Jazeera. The latter has been identified as the most distorting media source of the American image in the Arab world, especially during the Iraq War television coverage (Seib, 2004). One of the strategies to counteract Al Jazeera’s “negative” influence was to host American officials to explain the official American point of view and position on current issues. Such opportunity was non-existent before the creation of Al Hurra, as Al Jazeera didn’t give as much airtime to American officials as to guests who were critical of US foreign policy.

Al Hurra’s goal, then, is to beam favorable news about the United States’ policies and present American culture and values to Arab populations. Al Hurra runs programs and documentaries depicting the American lifestyle in order to bridge the cultural misunderstanding gap between Arabs and Americans. Yet, Al Hurra is trapped into an “existential dilemma,” Rugh (2004) claims. On one hand, Al Hurra cannot air news or voices critical of its own creator and, on the other hand, it must deliver free and open discussion of different issues if it is to fulfill its primary mission: winning the hearts and the minds of the Arab public. In an analytical study of Al Hurra’s programming, Seib found that Al Hurra’s journalists tend to voice personal judgments in favor of the US/Western perspective and against the Arab perspective in sensitive issues like Iraq, Afghanistan, and the Israel-Palestine conflict. Seibs recommends to the BBG the following, “Any news organization that seeks to appeal to an Arab audience but is perceived to be pro-Israeli and an apologist for the American military presence in Iraq will suffer credibility problems.”

Al Hurra’s journalists’ bias towards the US foreign policy agenda at the expense of objectivity and balanced coverage will undoubtedly underscore its core mission. Furthermore, Al Hurra also failed to stick to journalism ethics by not providing opposing views on the aforementioned sensitive issues. In other words, Al Hurra turned into a mouthpiece for the American administration, giving more access to American-friendly commentators while downplaying opposing views to have equal airtime.

During the Egyptian uprising of 2011, Al Hurra couldn’t find a better opportunity to emphasize that it is not a propaganda machine and to position itself as a neutral arbiter of information. Its bureau in Cairo hosted live talk shows, discussing issues related to the uprising. Brian Conniff, the president of Middle East Broadcasting Network, Al Hurra’s parent company, admitted that the 2011 events in Egypt were the turning point in Al Hurra’s broadcasting history. The station’s reporters did their best to have interviews with protesters who reflected Cairo’s furious streets and squares. Such coverage dressed Al Hurra as a pan-Arab TV channel consistent on how Arabs view the world around them. It successfully melted in the Arab-environment pot. This coverage helped improve the channel’s image among Arab viewers. Conniff commented outright, “[Egyptians’ revolt] enabled us to get over the legacy of being viewed as a propaganda.” Al Hurra ultimately won the 2011 People’s Choice Award as a reward for its professional reporting on the events prior to Mubarak’s resignation, besting Al Jazeera English. Conniff affirms that Al Hurra was awarded such prize due to its commitment to professional journalism: “It [the uprising] provided us an opportunity to cover it as a journalistic event.”

Another ‘soft’ artillery that the American government fights with in the war of ideas across the Arab world is Radio Sawa. The Middle East Radio Network, the official name of Radio Sawa, is a twenty-four hour Arabic language radio network that started on 23 March 2002, with an estimated budget of $35 million and $100 million startup funding (El Nawawy, 2006). Radio Sawa is overseen by the BBG and funded by the US congress. Radio Sawa is headquartered in Springfield, Virginia, with offices in Qatar, Kuwait, United Arab Emirates, and Jordan. Its regional broadcast center is located in Dubai. The official website of Radio Sawa defines its target audience as the “youthful population of Arab- speakers in the Middle East.” For this purpose, and unlike Al Hurra, Radio Sawa’s content is primarily American and Arab pop music, interspersed with periodic news bulletins. Observers, such as Abuminah (2002), El Nawawy (2006), and Djerejian (2003), insinuate that BBG’s officials focused Sawa’s broadcast on entertainment (music) as a ‘bait’ to attract more Arab listeners to be exposed to America’s influence campaigns. El Nawawy wonders if the Arab youth would dismantle the American strategy regarding Radio Sawa: “take the US sound and discard the US agenda.”