Morocco World News
Home Highlights on Morocco After the Vatican, Morocco to Be Second Destination of King Felipe VI...

Fez-  Spain’s King Felipe VI, who ascended to the throne on Thursday, will visit Morocco during the first half of July, according to Spanish daily El Pais. 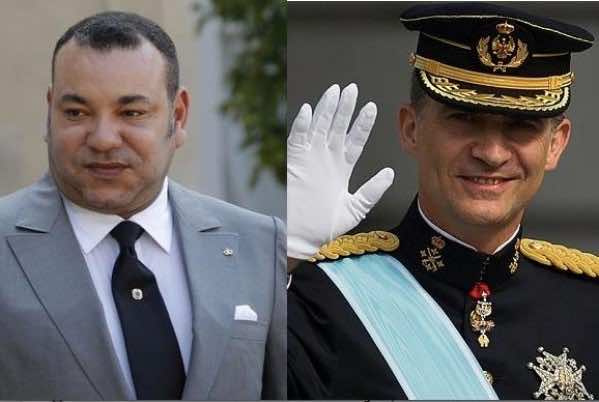 Fez-  Spain’s King Felipe VI, who ascended to the throne on Thursday, will visit Morocco during the first half of July, according to Spanish daily El Pais.

According to Spanish TV channel RTVE, the Spanish Monarch will visit Morocco, Portugal and France after his planned trip to the Vatican.

“The new king and queen have an intense international agenda. First they will go to the Vatican and then to neighboring countries, Morocco, France, and Portugal. Indeed, the dates of the trips have been set, but they will be announced by the Royal Household,” Spanish Minister of Foreign Affairs, José Manuel García-Margallo, was quoted by RTVE as saying.

Following the coronation of King Felipe VI, King Mohammed VI called the new monarch on the phone on Friday.

King Mohammed VI expressed his pride in the strong ties of friendship and mutual respect between him and King Felipe, as well as between the two royal families, according to a press release of the King’s office.

Morocco and Spain enjoy strong relations despite several contentious issues between the countries, such as the question of the enclaves of Ceuta and Melilla, two cities under Spanish sovereignty, as well as issues of immigration and the delimitation of maritime borders.

In the past eight years, the Spanish government has adopted a neutral position on the question of Western Sahara and has been vocal in calling for the achievement of a political and mutually acceptable solution of this territorial dispute.

Over the past four decades, the relationship between the two countries’ royal families has been rather intimate. King Juan Carlos has called King Mohammed VI “uncle.”

Since 1982 Morocco has been the first destination of every new Spanish Prime Minister. The fact that Spain’s new King made Morocco his second destination after the Vatican demonstrates the importance the Kingdom represents for Spain’s foreign policy.

© Morocco World News. All Rights Reserved. This material may not be published, rewritten or restributed.