FORTALEZA Brazil (Reuters) - Greece and Ivory Coast are both appearing at their third World Cup and neither has ever reached the second round, but that could change on Tuesday when they meet for the first time in their final Group C clash. 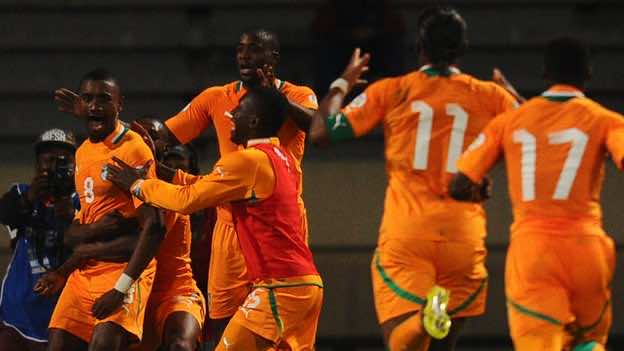 FORTALEZA Brazil (Reuters) – Greece and Ivory Coast are both appearing at their third World Cup and neither has ever reached the second round, but that could change on Tuesday when they meet for the first time in their final Group C clash.

The Ivorians have the better chance of going through, having taken three points from Japan in their opening match. Victory over the Greeks will put them into the last 16 and even a draw might be enough.

Greece have no such luxury. Having taken just a point from their first two matches they have to win, and even then they might lose out to the Japanese on goal difference.

The former European champions have an abysmal record at the World Cup. In their eight matches to date they have conceded 18 goals and scored just twice. Their only victory was a 2-1 win over Nigeria in South Africa four years ago.

Here in Brazil, their usually solid defense let them down in a 3-0 defeat by Colombia in their opener, and they were slightly lucky to scrape a goalless draw against Japan.

Their captain and influential midfielder Kostas Katsouranis was sent off in that match and will miss Tuesday’s clash at Fortaleza’s Castelao arena.

Coach Fernando Santos has to decide whether to replace him with 37-year-old Giorgos Karagounis, the only other surviving member of Greece’s triumphant Euro 2004 squad, or opt for a younger alternative like Andreas Samaris.

The Ivorians have a better World Cup pedigree than Greece but not by much.

They recorded wins over Serbia in 2006 and North Korea four years ago and kicked off their campaign in Brazil with a 2-1 victory over Japan.

Striker Didier Ya Konan played in that match but missed the Elephants’ subsequent 2-1 loss to Colombia with a knee injury. Coach Sabri Lamouchi is hoping he will be fit again in time to face the Greeks.

Lamouchi has to decide whether to give in to popular demand and field ageing but inspirational striker Didier Drogba from the outset or leave him on the bench and use him as a substitute as he did in Ivory Coast’s opening two matches.

The powerful frontman played a pivotal role in his side’s gusty fightback from a goal down against the Japanese but was less effective against the Colombians.

This will be the first match for Ivory Coast’s Toure brothers, Yaya and Kolo, since they heard of the death last week of their younger sibling Ibrahim, aged just 28.

Ibrahim, who was also a professional footballer, died in hospital in England, where Yaya and Kolo both play. The siblings have confirmed they will stay on at the World Cup despite their brother’s death.