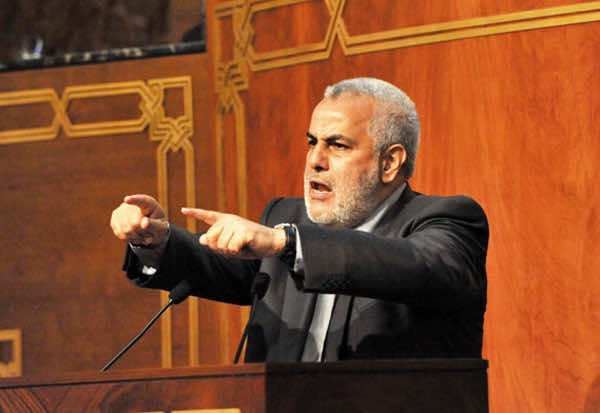 Following the speeches of the Secretary General of the Justice and Development Party (PJD) and Morocco’s prime minister, Abdelilah Benkirane, in which he called upon Moroccans to boycott Danone yogurt for ten days, an op-ed in the Washington Post opined that Benkirane’s call is an attempt to build support for the PJD, stressing that Benkirane employs the power of his position to direct public consciousness at particular concerns.

Abdelilah Benkirane called on Moroccans to boycott Dannon products for ten days at a political rally on May 24, after the French-based company had raised the price of its yogurt.

Ann Wainscott, a Political Science Professor at Saint Louis University, claimed in an article published in the Washington Post on Fridaythat Benkirane’s actions are “better understood as a means of employing the only real power of his position, going public.” She wrote, “The Moroccan prime minister benefits from the ability to direct public consciousness at particular concerns.”

The author opined that Benkirane did not aspire to influence the company’s pricing policy, given that a ten-day boycott by a small North African country would not have much effect on the mega-corporation. Instead, she said, “It is more about building support for Benkirane’s Justice and Development Party (PJD) than actually harming Dannon.”

Wainscott stressed that Benkirane seeks cover for his inability to enact reforms by showing his sympathy with Moroccans.

“The call appears to be an attempt by the prime minister to demonstrate his own sympathy for the everyday struggles of the Moroccan people in the absence of the ability to enact reforms that actually address these challenges,” she stressed.