Casablanca-  The Internet can save lives.That is what the touching story of a young girl has demonstrated. 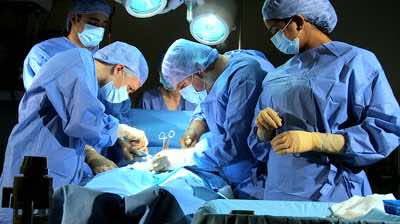 By
youssef sourgo
-
Youssef Sourgo is currently a Master’s student in Linguistic and Literary studies at Ain Chok Faculty of Letters and Humanities.
Jun 24, 2014
Spread the love

Casablanca-  The Internet can save lives.That is what the touching story of a young girl has demonstrated.

Hasnae, a young Moroccan girl from a disadvantaged family, suffered from a hepatic impairment and needed an urgent liver transplant. She was saved thanks to a video that shed light on Hasnae’s critical health condition, posted by the Moroccan news portal Hesspress last January.

Moroccan Minister of Health, Houcine El Ouardi, came across the video and decided to pay the young girl’s hospital fees.

Hasnae was subsequently transferred to Mohammed VI Hospital in Marrakech. Luckily, the family of a 10-year-old child who recently passed away decided to donate the deceased child’s liver to Hasnae.

The liver transplant was successful. A press released by the Ministry of Health stated that the Minister visited Hasnae after the surgery to check on her health, according to the same source.

The Minister also thanked the family of the deceased child, whose liver donation was gratefully welcomed as a miracle by Hasnae and her family.

Additionally, the family decided to donate their deceased child’s kidneys to other children who were in need of transplants. In total, three lives were saved thanks to one child’s donated organs.

Without the video uploaded to the Internet, the young Hasnae would have had little chance of surviving.