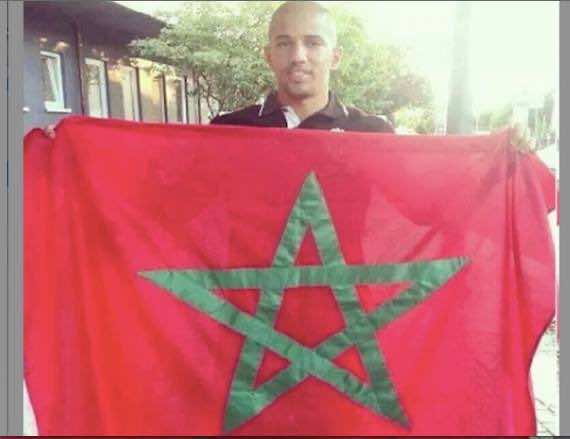 This unique action comes as a sign of gratitude to the Moroccan fans encouraging and supporting the Algerian team.

It should be noted that the Algerian team, the only representative of the Arabs and North Africa in the World Cup finals, receives significant support from the Moroccan masses despite the political differences that disturb the brotherly relations between Algeria and Morocco.

In reaction to the picture, many Algerian and Moroccan commentators on social media expressed their appreciation of the idea and welcomed any initiative that would sow love, harmony and fraternity between the two peoples.

“The only thing I wish before I die is to see with my eyes a true unity between the countries of the Maghreb,” says Aziz Fettah from Morocco. This desire for the Maghreb unity is reciprocated by many Algerian commentators. Moloud Kabyle from Algeria says: “If I were in Fighouli’s shoes, I would do the same thing. Many thanks to our brothers and sisters from Morocco and long live the Maghreb.”