Ohio - The World Cup 2014 has been a venue for all kinds of legitimate fun including serious questions about how FIFA awards the game. 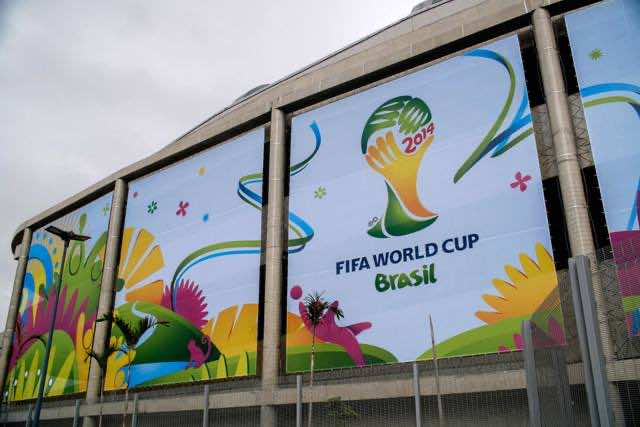 By
Said Leghlid
-
Said Leghlid is a poet, essayist and magazine editor.
Jun 25, 2014
Spread the love

Ohio – The World Cup 2014 has been a venue for all kinds of legitimate fun including serious questions about how FIFA awards the game.

First the long journey to Rio was not without FIFA on the spotlight for choosing a country such as Brazil with its Favelas and sprouting homeless children and murders on practically every street everyday… Ok we call that reality in 2014. Despite being one of the most decorated nations on earth, style won over substance on how Brazil won the bid to host Worldcup 2014 at the expense of many tragedies or say… lack of common sense.

Second, one cannot overlook the fact that over a quarter million lives and their relevant environment will forever be affected by a festive cup that lasts for four agonizing weeks where the best of the world are narrowed down to thirty two teams to showcase their respective countries, sing their anthems, play the game and hope for the Gods of soccer to be on their side. The stadium in Manaus will be one of those places that Azteca ruins vouch for.

Third, Nike the God of victory is omnipresent, and so is Adidas, created by Adolf Dassler and has nothing to do with Greek mythology, and Puma with its cunning evoPower. What athletes wear is definitely subliminal and make no mistake about it, they are paid to wear those shoes. The powerless soccer loving children from every corner of the world will never afford one of those mythological pairs of shoes worn by Messi, Ronaldo, Balotelli, Neymar, Rubben, Hulk, or the perfect living engines of modern marketing to the masses “disguised” as role models. Most of those children played barefoot and often had a blast at it. I did as a child, and my feet were hardened as the dirt I used to plow in pursuit of the elusive ball. I am not talking about role models that bite.

And the time for many immigrants to shine as newly adopted sons of countries whose flags would not be lifted proudly high if not for those whose parents have toiled or been resilient at finding a new world for their children to shine at world stage…Examples are abundant and one of the most striking examples is the French team that counts few immigrant descendants in its roster while the French have just elected an anti-immigrant government into office. Countless immigrants are chastised for decisions to wear a new country’s jersey and sing a new country’s national anthem.  Also many countries are put in awkward situations of how to root for a team which is representing Africa while somewhat being politically considered not in good standing relations. This is the Case between Algeria and Morocco.

The best of the best players whose amygdala have known and pursued a ball intuitively for years have to play the Brazuca which the FIFA quality program describes as “The brazuca, which means ‘Brazilian’ and refers to the Brazilian way of life, is the most-tested adidas ball in history. It was, over a two-and-a-half-year period, tried out by over 600 of the world’s top players or former players including Iker Casillas, Dani Alves, Lionel Messi, Bastian Schweinsteiger and Zinedine Zidane, and 30 teams in ten countries across three continents”. It is good to sell the hype, and it is sometimes easy to believe packaged hype.

Soccerdotcom Ball World’s website describes the ball as: Spherical (thank the heavens, otherwise it would be awkward to see those stars chasing after a ball going in all types of directions like  American football) The ball has to be made of leather or other suitable material, and I wonder what that suitable material is. The ball has to be of a circumference of not more than 70 cm (28 ins) and not less than 68 cm (27 ins) not more than 450 g (16 oz) in weight and not less than 410 g (14 oz) at the start of the match of a pressure equal to 0.6 – 1.1 atmosphere (600 – 1100 g/cm 2 ) at sea level (8.5 lbs/sq in to 15.6 lbs/sq in)

It’s a spherical ball with dimensions beyond the physical. The ball is capable of creating revolutions, setting countries on fire, and igniting pride beyond the most fervent of public speeches. Football is public speech without a voice, and without a speaker, but it speaks volumes about the players and the fans who are consumed beyond life at times. Football is also the witch that breezes into the net when one falters, or blinks twice, and disaster becomes the plight of entire nations.  Football is the embodiment of things beyond emotional, and beyond FIFA. The great colonial powers Spain and England have to answer to why they exited the tournament so early.

Africa’s hopes were dashed by the still elusive culture of achievement, and it is not simply putting a ball into the net. The psychology of that inability to score has profound psychological implications on how Africans are not natural at the game. No coach has been able to break this mold yet because Africans have the patience of cheetahs, and the expectations of lions. Moments like the reckless referee who gave a penalty kick moments before Drogba was about to be called a God of African deities, thus denying him that title. Ironically the Greeks held on to their other “Nike”…

The Greeks denied that fantasy for about one Billion Africans. Uruguay’s president gives 90% of his salary to charity, while football Suarez displayed one of the most horrendous human misconducts when he bit the shoulder of Chiellini, and the world cried for justice because it’s football. Meanwhile, Bashar of Syria killed close to two hundred thousand civilians, and created one of the largest refugee crisis in the modern world. Iraq is on fire again with ISIS setting everything on wild fire as the games continue to blast on…The world cannot take their eyes out of that threat to score major setbacks to the real safety net of innocent civilians in that part of the world that has suffered too much already.

Football is a game that makes us forget our other ills by making us emotionally on the edge of our seats and end up feeling all types of other ills. It juxtaposes science and the humanities like a classroom where the necessary ingredients of learning must be taught and assimilated not just in theory but also in practical terms. Sociology, psychology, strategy, gambling, art of fighting, art of winning, physical fitness, will power, endurance, perseverance, and fan power, and the art of acting are all ingredients that could make up for a great game. At times this craft that relies on human ingenuity mixes in drama in ways too obvious where humanity feels cheated.

Football drama is packed in ninety minutes of “play” where players and fans are almost one in multiple psychological projections, in ascending and descending orders. The roller coaster of emotions transcends energy upwards and downwards in amazing lightning speed. Four weeks for stars to play their last golden shoe, stars to be born, and stars to fall graciously in the direction of the sunset. Our emotions in disarray, hoping to watch a Cinderella story unfold. Hoping to see the underdog triumph against all odds. In the end, the gargantuous behemoths take the elusive cup, and leaves the hopes of humanity wishing for that break that makes the odds possible to beat again four years later.  Who knows who will win the cup in 2014? My bet is on the best, with little luck from a whistle.