Casablanca- Rabat’s spine-chilling reptile is back. After many seemingly mythological narratives of its appearance, Rabat’s notorious crocodile has finally been proven to exist. 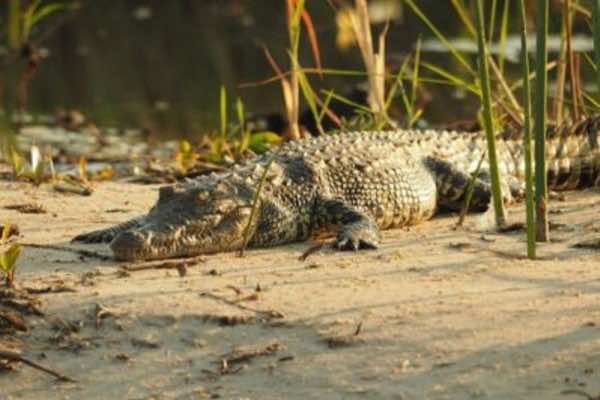 By
youssef sourgo
-
Youssef Sourgo is currently a Master’s student in Linguistic and Literary studies at Ain Chok Faculty of Letters and Humanities.
Jun 25, 2014
Spread the love

Casablanca- Rabat’s spine-chilling reptile is back. After many seemingly mythological narratives of its appearance, Rabat’s notorious crocodile has finally been proven to exist.

It is believed that the reptile was last seen in the Bouregreg River separating Rabat and Salé. The river has since been sealed off and meticulously searched by maritime and civil security services.

Salé’s Mayor, Nourredine Lazrak, told the daily Akhbar Al Yaoum that a state of alert was declared in the city as soon as the tourist had reported seeing the reptile in the river.

According to news portal Al Yaoum 24, Lazrak allegedly affirmed the authenticity of the pictures the tourist had taken of the crocodile.
Four fishhooks fixed to the river’s shore were found smashed, thus intensifying the worries of the city’s residents and the civil security services, according to the same source.

Nets were stretched out along the river’s shores, and cameras were placed almost everywhere around it. Maritime and civil security services, along with fishermen, are now on the lookout for the reptile.