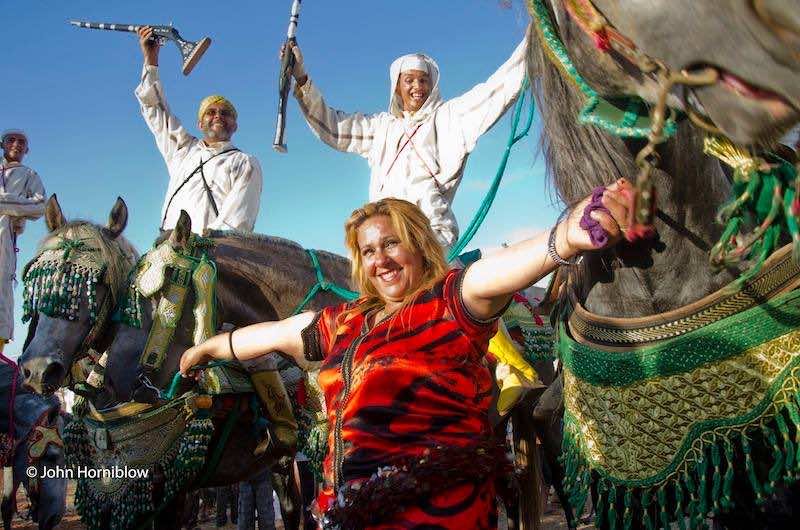 Now in its second year, its original founders were photographers John Horniblow and David Bathgate. The backdrop is Fez, undoubtedly the symbolic heart of Morocco and its intellectual and spiritual center. Set in a historical cross roads adjacent to the Rif and Atlas mountains, Fez is the city of former and great imperial Moroccan dynasties, all of which have left their permanent mark in the city’s makeup. It is a city of stories, people and culture. The medina, Fez el-Bali, is the largest living medieval city of the Arab world and also the world’s largest pedestrian city. Narrow, winding alleys and covered bazaars, intricate and detailed in their design, are awash with brilliant colors and buzzing with a lively pedestrian hubbub of the Fassi daily business and life, making it an ideal and fascinating location to photograph.

The colors shapes, sights, and sounds of this jostling city and its lively labyrinthine medina create an exhilarating environment for photographers. From the dye makers, artisans, wood and metal workers, leather merchants, spice pyramids, tanneries, old palaces belonging to merchants, royal courtesans and viziers, the medersa, the homes of historic university scholars, traditional tradesmen, ancient and remarkable Fassi architecture, muleteers and mule teams and bustling souks; Fez, its secrets, and inhabitants provide an endless variety of interest and opportunity for photographing stories that go beyond the tourist view of the city. What lies behind the doors of the medina’s riad houses and old palaces are people’s stories against a backdrop of stunning and intricately decorated interiors inherent to Fassi style.

Fez also has a tradition, lasting centuries, of being an inspirational home for writers , painters, artists and intellectuals. In more modern times, the city has added an inquisitive character inviting the craft of the photographer’s eye. In its more recent history, many of Fez’s former influential families and patrons of the arts moved to the bigger and more modern cities of Casablanca and Rabat. Despite this, there is a new artistic culture developing in the city. The Fassi pride of maintaining the very essence of the city’s traditions is very much alive, inspiring activities such as the Sacred Music Festival (which included a fringe arts festival for the first time this year) bolstered by a small but growing number foreigners living and working in the medina, drawn to it by its cultural appeal. As a result, Fez is slowly attracting arts-driven foreign writers and photographers through workshops and encouraging the passing on of these skills to Moroccan artists through cultural exchange.

This year the Fez Photography workshop opened a scholarship for young Moroccan photographers living and working in Morocco who are looking to further their storytelling, image composing skills and camera technique in a stimulating and expert environment. Abdelali Elkassas, a 25-year-old, graduate student of English studies from The University of Sidi Mohammed Ben Abdellah, Fez was selected from a small number of applicants for the Emerging Moroccan Photographer scholarship. As a Fez local, Abdelali brought with him an intimate knowledge of the medina and a unique perspective. Abdelali is a passionate photographer and one of the first members of ALC ALIF Photography Club run by Omar Chennafi, one of Fez’s local photography talents and an official photographer for the Fez Sacred Music Festival. Abdelali focused on a conceptual photography project, the temporal and fluid movement of people through the timeless and majestic spaces of the ancient city, a project he commenced and refined in the workshop and one which he will continue to produce over time.

Other stories produced in the workshop have included work on documenting the city’s artisans and craftsmen and using large format black and white film to reproduce a century old style of photographic portraits reminiscent of bygone era. Other stories include a series on Moroccan hospitality shot within Fassi homes and a former ice factory, street photography portraiture, works on the Fez tanners and their work , and a series on the Red Dragon martial arts club in the Ville Nouvelle .The workshop also looks for editorial stories that are not only prevalent in Fez but contribute to cultural preservation through new interpretations of Fassi culture. Resturant numero 7’s recent opening offered such an opportunity this year for the workshop to photograph world renowned chef, Jerome Waag, working as 7’s invited resident chef. The project captures his interactions with local farmers and producers, and interprets Moroccan cuisine through his own culinary philosophy in the traditional “beldi” kitchen. The workshop also travels into the outlying region of the Middle Atlas to add a new perspective to the workshop experience. With the excitement of a fantasia at a mossem in Seffrou or the bustle of weekly, mountain Berber souk in Azrou just beyond the city, who wouldn’t want to also photograph these unique features? 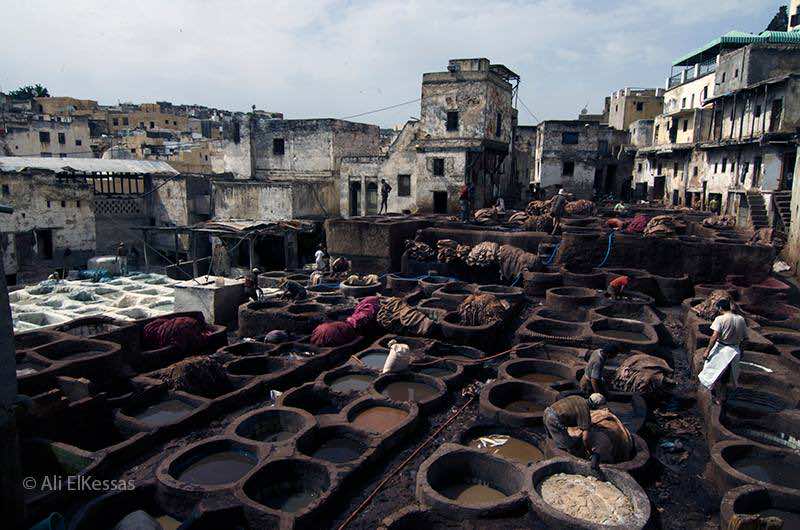 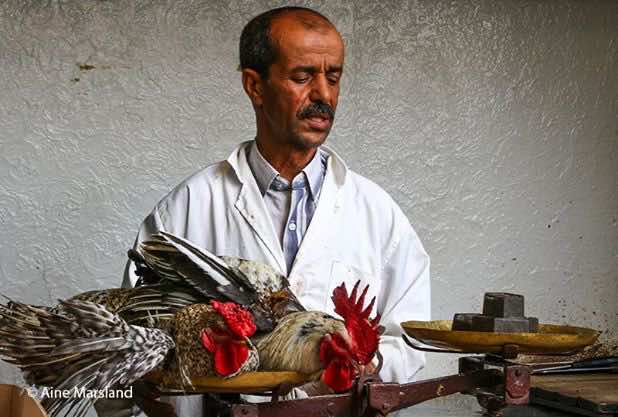 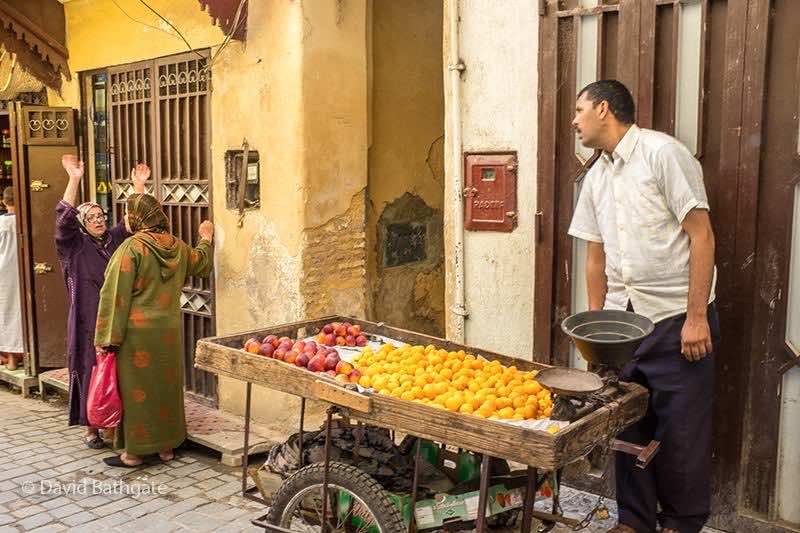 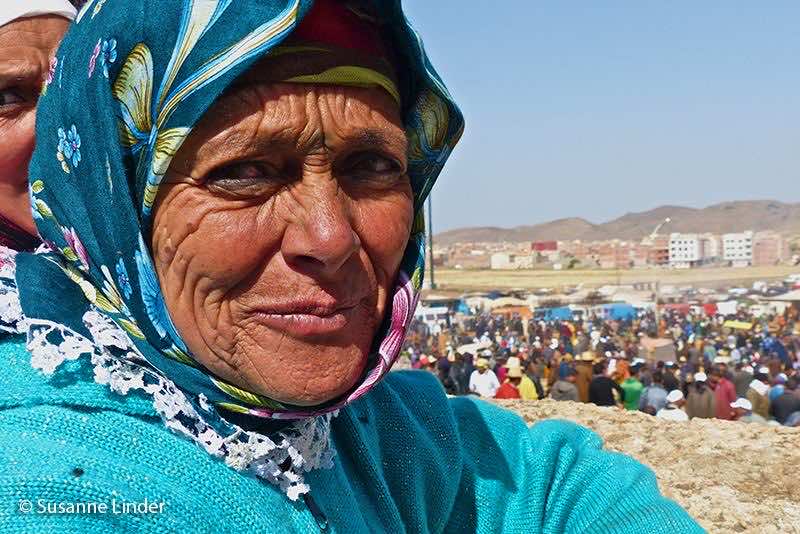 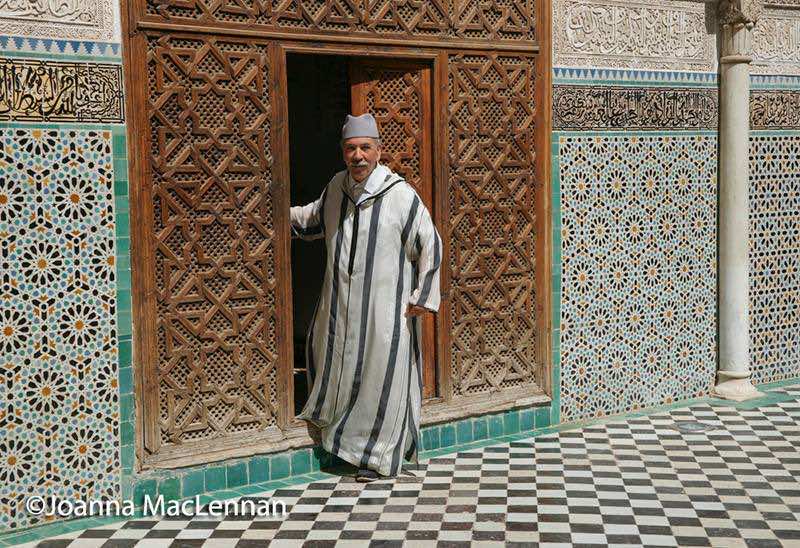 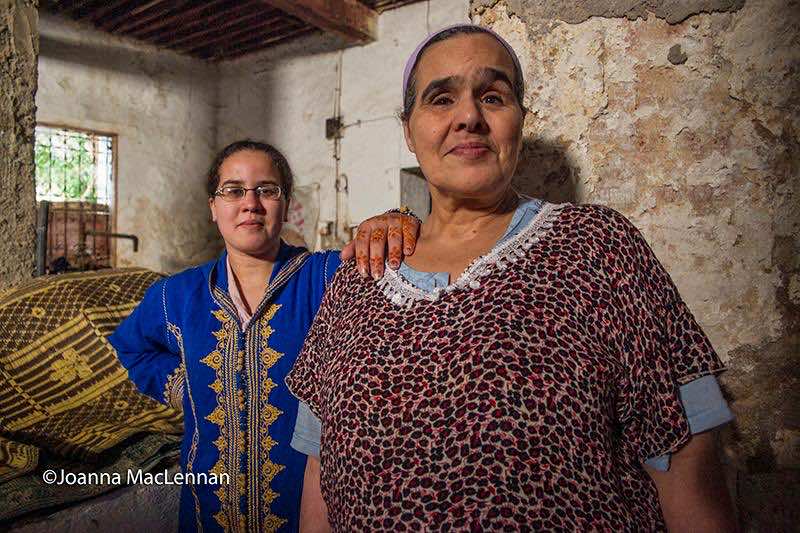 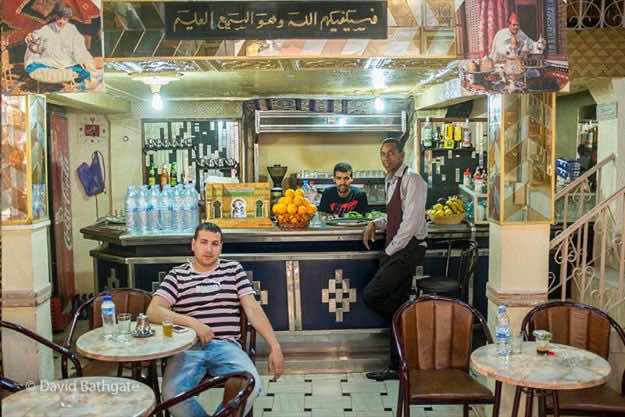 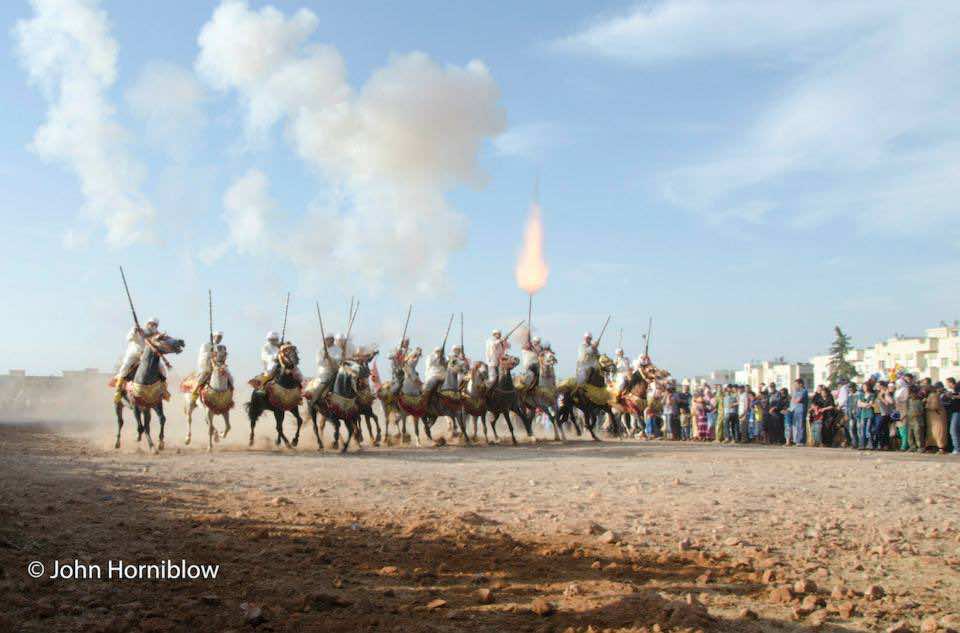 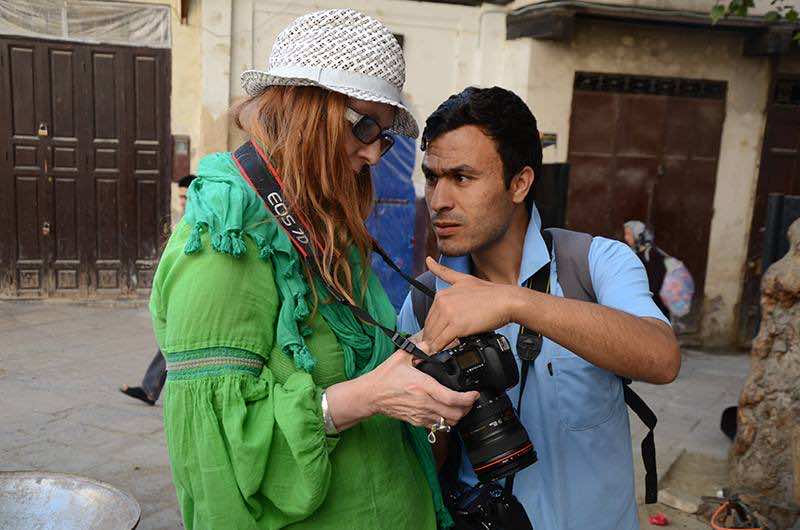 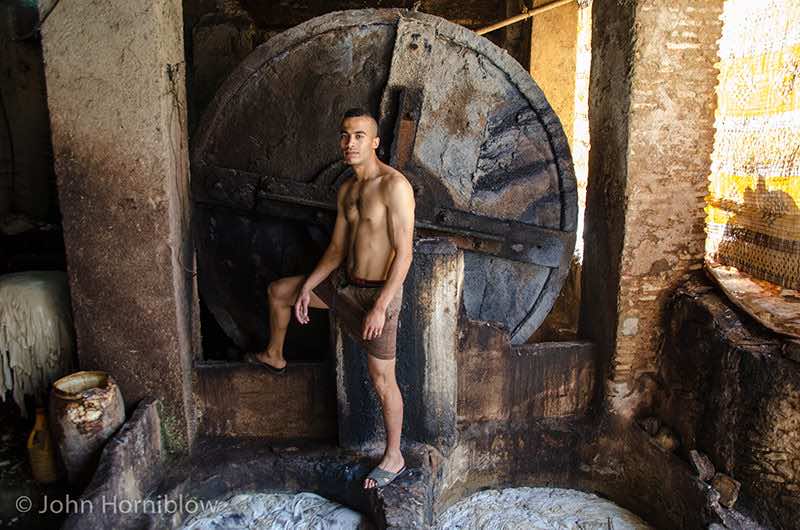 Photography by the individual photographers. Edited by Sahar Kian