Taroudant - Moroccan jockey Boudraa Mourad, 42, died early Tuesday after a serious accident while he was doing an exercise on horseback at the Woodbine Racetrack in Toronto. 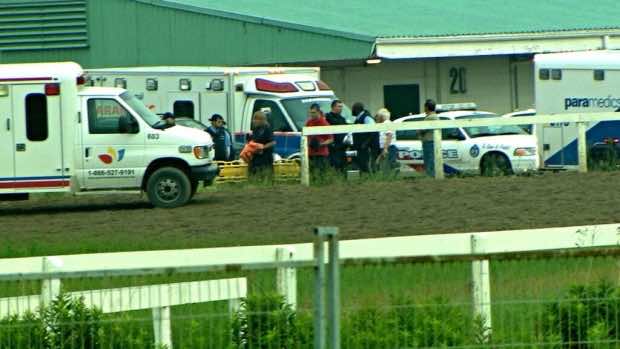 By
Larbi Arbaoui
-
Larbi is a freelance writer and assistant editor at Morocco World News.
Jun 26, 2014
Spread the love

Taroudant – Moroccan jockey Boudraa Mourad, 42, died early Tuesday after a serious accident while he was doing an exercise on horseback at the Woodbine Racetrack in Toronto.

The Moroccan jockey was killed in a tragic accident, after his horse, Tawney’s Wish, suffered a heart attack and violently hit the fence.

According to the video posted on YouTube on June 24, the deceased was trapped beneath the horse and died on the scene after he suffered head injuries.

“It was unfortunately just a terrible, freak accident,” Jamie Martin, Woodbine Entertainment Group’s executive vice-president of racing, said as he addressed the deceased’s family and friends, writes the TorontoSun. “On behalf of all of us here on the backstretch, we offer our deepest condolences to his family,” he added.

According to the same source, the Ministry of Labour is investigating the details of this tragic event and “the horse’s remains will be sent to the University of Guelph for a necropsy to confirm suspicions she suffered a heart attack.”

Boudraa was a well-regarded exercise rider who lived in Canada for several years.