Seoul - Moroccan Minister-delegate for public service and administration modernization, Mohamed Moubdi, received Thursday in Seoul, the first United Nations Public Service Award given to Morocco in the category of "promoting gender responsive delivery of public services" at the African level. 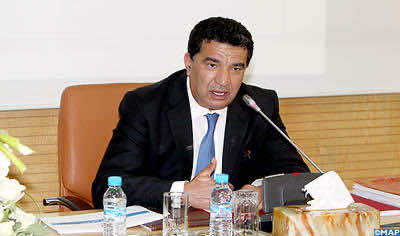 Seoul – Moroccan Minister-delegate for public service and administration modernization, Mohamed Moubdi, received Thursday in Seoul, the first United Nations Public Service Award given to Morocco in the category of “promoting gender responsive delivery of public services” at the African level.

This recognition rewards the efforts of the ministry of economy and finance in the field of the integration of the gender perspective in the process of budget preparation and implementation, said a statement from the ministry of public service and administration modernization.

The United Nations Public Service Awards (UNPSA) is the most prestigious international recognition of excellence in public service. It rewards the creative achievements and contributions of public service institutions to a more effective and responsive public administration in countries worldwide in four categories.