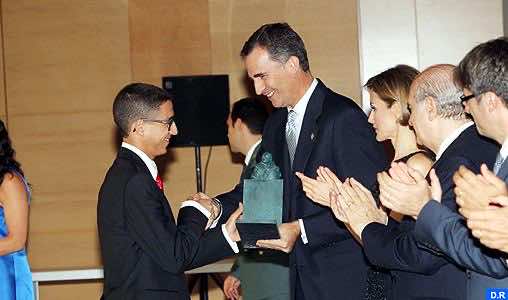 In addition to El Amrani, other recipients are Hugo Fontela (in the arts and literature category), Ignasi Belda (enterprises), and Alberto Enciso and Rui Miguel Dos Santos (Scientific research).

The Foundation prize rewards young people for their personal leadership in conducting integration projects for marginalized groups or communities facing risks of exclusion.

El Amrani, born in 1992, established the “Red de Convivencia en Roses” association which had also earned him the “young social entrepreneur” national prize of the European University of Madrid and the “Youth” international foundation”.

The “Red de Convivencia en Roses” association, based in Gerona (northeastern Spain), targets young people who are risk of being socially excluded, particularly immigrants with integration difficulties and all citizens who fight for a society of solidarity.