Punta Cana, Dominican Republic - The government of Panama reaffirmed on Thursday its support to Morocco on the Western Sahara issue and to the integrity of Moroccan territory, despite the expected government change in July. 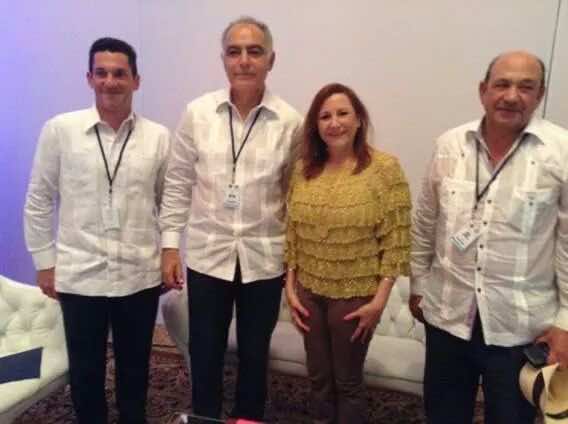 Punta Cana, Dominican Republic – The government of Panama reaffirmed on Thursday its support to Morocco on the Western Sahara issue and to the integrity of Moroccan territory, despite the expected government change in July.

Panama’s Deputy Foreign Minister, Mayra Arosemena, whose country had officially suspended last November recognition of the so-called Sahrawi Republic, considering that the entity does not meet requirements of a state under the international law, renewed this stance in a meeting with Moroccan minister of foreign affairs and cooperation, Salaheddine Mezouar.

The Moroccan official met Arosemena, in the presence of designate-foreign minister Luis Miguel Hincapie, in Punta Cana where he is taking part in a summit of the Central American integration system.

The upcoming foreign minister of Panama, who will take office on July 1st, said the suspension of the Sahrawi Republic recognition is irreversible on the basis of international legality and historic realities, recalling that his country supports a political settlement to the conflict and is endeavoring to consolidate its political, cultural and economic relations with Morocco.