Casablanca- 24-year-old Esther Honig, a journalist based in Kansas City, Missouri, asked forty people from twenty-five countries to edit a photo of her. She says the photo she received from Morocco left her “breathless.”

By
youssef sourgo
-
Youssef Sourgo is currently a Master’s student in Linguistic and Literary studies at Ain Chok Faculty of Letters and Humanities.
Jun 27, 2014
Spread the love

Casablanca- 24-year-old Esther Honig, a journalist based in Kansas City, Missouri, asked forty people from twenty-five countries to edit a photo of her. She says the photo she received from Morocco left her “breathless.”

The British Daily Mail recently shared some of the photos Esther Honig received. Some of the entries she received, one of which is from Morocco, raised her eyebrows and left her speechless. 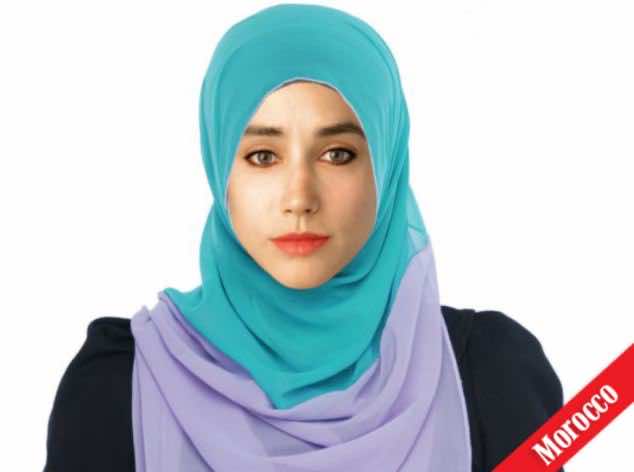 “’The way the concept of ‘make me beautiful’ was interpreted in this [the Moroccan] instance left me breathless,” Honig was quoted by Daily Mail as saying.

In the edited Moroccan image, Honig appears wearing a sky-blue Islamic veil, with Kohl—an ancient eye cosmetic, used by both sexes in Islamic culture—darkening her eyelids, along with a typical Arab make-up style. Her skin color also appears lighter in the Moroccan entry compared to the original image.

Some of the other countries that took part in this experiment are the U.S., Argentina, the Philippines, Germany, Chile, Bangladesh, India, Sri Lanka, and Australia. Entries from each of the countries brought staggeringly different modifications to the original photo with little to no similarities, according to the Daily Mail.

Sharing what she has learned from this experiment, Honig told the Daily Mail, “I thought I would see more consistency in the images than I did or that some would exemplify commonly known stereotypes. I soon realized that people were pulling from not only their cultural constructs of beauty but also their personal aesthetic choices. There are many different images that leave us to speculate the ideals of beauty.”

Yet, the most important lesson she learned from the experiment according to her is that “Photoshop allows us to achieve our unobtainable standards of beauty, but when we compare those standards on a global scale, achieving the ideal remains all the more elusive.”