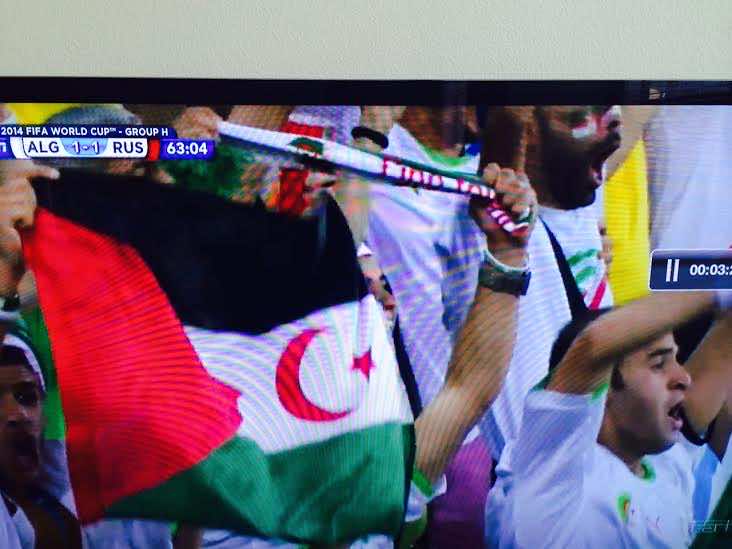 San Francisco- Moroccans are divided between those who are for and those who are against Algeria in the World Cup, and both have their reasons.

Many others consider Algeria and Morocco the same: they share the same values, traditions, and history. They fault the leaders of the two countries for their conflict.

However, there are those who reject Pan-Arab ideologies and cannot see themselves rooting for the Algerian team for as long as the Algerian military government remains the hurdle to peace between the Morocco and Algeria.

When Morocco’s media was busy praising Algeria’s success in the World Cup, the Algerian official media was publishing these articles: “The Moroccan occupation forces manhandled Sunday night Saharawi citizens who went out to celebrate the victory of the Algerian national team”.

Moroccans watching the Algeria-Russia game were ecstatic when Algeria scored the goal to tie the game. Little did they expect that right after Algeria’s goal, television stations around the world were to show Polisario flags among Algerian fans in the stadium.

Moroccans should continue to cheer for Algeria for one very important reason: they should not let down the great Algerian men and women like Sofiane Feghouli, the Algerian International player who was not afraid to hold the Moroccan flag to show appreciation for Moroccan fans. Let us be the better men and women.

Moroccans have two choices: to go as low as some Algerians go or to decide that they will no longer entertain hate and ignorance and be the better people. The choice is obvious, and good will always beat evil.