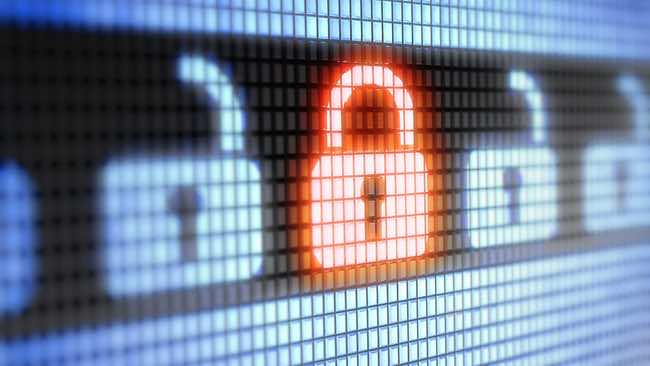 In the days of Driss El Bassri, rulers considered the possession of information as an integral part of power and its practice. They thought that, only one who holds power has the right to access, possess and preserve information. They also believe that sharing information with citizens weakens a ruler’s power. The monopoly of information stems from the monopoly of power. Therefore, all non-democratic regimes agree on censoring and preventing information from getting to their citizens. For example, during military coups, the first thing coup leaders do, is take over the media and control the news.  Mohamd Labrini

In a study surveying values in many countries, Arab countries came out on top in refusing authoritative rule and being most accepting of a democratic regime. The study also illustrates that currently, human development as one of the most important needs for Arab communities. We may well deduce that there is a close tie between the right and use of information, and the status of democracy and rational rule. The degree to which there is a “right” to knowledge, is an important index of the status of civil and political rights in general. It is also an index of the extent to which a state enjoys standards of rational rule, is bound to transparency, and combats corruption.

The right to information, which is now recognized by about 90 countries, is an important right that is marginalized in many countries around the world. The government prefers to carry out its works on the sly. Governments often consider official information as their own property and not something which they possess and preserve on behalf of the people. As a result, they make information inaccessible to their citizens. This line of thinking is a negative reflection on their knowledge and capacities in political participation and as representatives of the people. It also distances them from their own society. That is why unveiling information is deemed as an essential and useful thing, whose benefits can be summarized as follows:

1. Access to information has recently been deemed a human right. Indeed, it is an important aspect of freedom of expression. The evolution of the concept of rational rule, has led many countries to enact transparency laws, open closed doors and use information freely. Not only is the right to information necessity for an informed citizenry, but it is also a basic need if a government desires to prove its validity. Reforming a states’ institutions and making them more competent and transparent, is a basis for rational rule. Yet, this rational rule will not be realized simply by making all relevant works and information available to every citizen. Public institutions must preserve information that does not concern them, on behalf of its citizens. Rational rule is also based on “public affairs being the public’s affairs.” This principle refers to the necessity of incorporating effective mechanisms, through which the public may obtain information, use information and know what the government does on his or her behalf.

3. The right to information is closely tied with accountability to a central goal of a democratic regime. Situations without this accountability are less than optimal, since the government’s activities and decision-making take place far from the public’s scrutinizing eyes. In addition, the citizens’ application of this right, boosts a mutual relationship between a state and its citizens, as it makes the administration carry out its function in a transparent atmosphere. This transparency brings to light errors and transgressions and limits them. This limiting is solely due to officials, in charge of public affairs, feeling that their citizens are aware of what they are doing. Furthermore, this limiting helps to minimize the instances of corruption and abuse of power.

The adoption of the right to information, exposes the government to the principle of openness, thereby moving it out of the shadow surrounding its works. The government then becomes an administration that carries out its work under the public eye and in broad daylight. Where the government once hid its secrets and preserved its privacy, little by little it turns into a house of glass. The administration’s transparency is the disappearance of confidentiality by making openness part of the administration’s mission, and exposing it to open discussion. Therefore, the administration is bound to justify its choices and hopefully correct its mistakes.

There are also other articles in the Constitution that indirectly include aspects of the right to information. For example, Article 25, guarantees freedom of thought and opinion, freedom of creation and publication. Article 28, guarantees freedom of the press, right to expression for all and right to broadcast news, ideas, and opinion freely, except, where the law expressly prohibits. Article 148, requires the High Council of Acccounts to publish all works, including special reports and judicial reports. Article 158, also imposes on public officials, either elected or appointed, the mandate to present (in accordance to the procedures specified by law) a written declaration of his own properties and assets. Furthermore, Article 167, mandates the establishment of a national body of honesty, to prevent and fight against bribery—it undertakes the reception and publication of information for the prevention of bribes.

Despite constitutional provisions and international standards, access to information is still limited in Morocco. These Constitutional Amendments were added in response to international charters and treaties, especially Article 19, of the Universal Declaration of Human Rights and Article 10, of the UN Convention Against Corruption. Furthermore, the freedom to access information, was brought into the legal framework through draft law No 31.13. It was prepared by the Ministries of Employment and Modernization of the Administration, in a joint committee; this law includes a preamble and 8 articles. However, it has been in draft form for more than a year, with no execution or ratification.

However, it aims to boost the administration’s openness, create transparency and combat corruption. It will also be used to help establish a culture of good governance in participative democracy. It will accomplish this goal through motivating its citizens to control the administration’s work, decision-making and by attracting foreign investment. This law will force public administrations, local municipalities and public institutions to justify their administrative decisions, protect individual’s privacy and establish a national Council of Human Rights and Center for Bribery Prevention. It is unquestionable that the absence of freedom of information on both legislative and constitutional levels could deal heavy blows to policies concerning the index of freedom of press.

This article was first published in Morocco World News Arabic  and translated by Said Hanin. Edited by Peter “Clay” Smith