Rabat - President of Uruguay, Jose Mujica, had harsh words to say about FIFA following the elimination of Uruguay’s national team from round 16 of the World Cup. 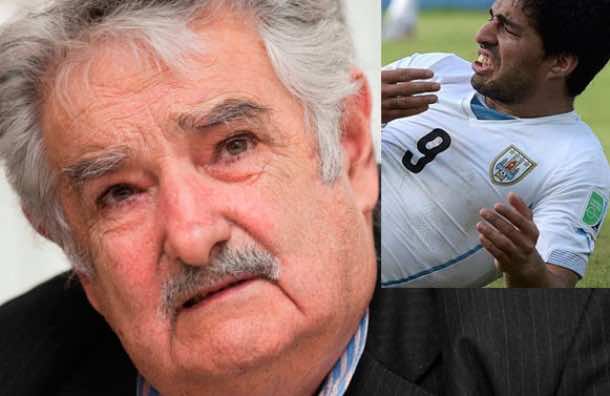 Rabat – President of Uruguay, Jose Mujica, had harsh words to say about FIFA following the elimination of Uruguay’s national team from round 16 of the World Cup.

President Mujica lashed out against FIFA for its treatment of Uruguay’s star striker, Luis Suarez, saying that it is ruled by a “band of old sons of b******.”

As he received the national team’s players upon their return to the country, the Uruguayan President slammed FIFA for the sanction it had imposed upon Luis Suarez after he had bitten Italian player, Giorgio Chellini, in the last game in the round.

“FIFA are a band of old sons of b******,” said the President’s on Uruguayan TV show La Hora de los Deportes, feigning horror as he then covered his mouth with his hand.

Asked whether his statement could be made public, the Uruguayan President said “publish it.” “They could have sanctioned him, without imposing fascist sanctions on him,” he added.

Less than a week after FIFA had decided to ban the Uruguay striker from playing nine international matches, including a four-month ban from being anywhere near the stadium, Suarez made a public apology earlier on Monday to both Giorgio Chellini and to FIFA, saying that he regretted what he had done. He also promised that he would never again engage in such controversial behavior.