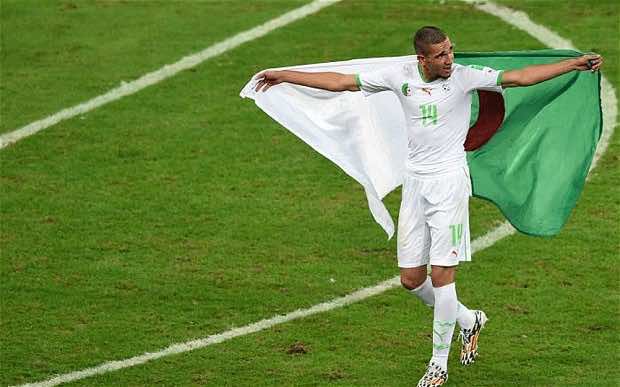 San Francisco – I left work early yesterday to go to watch Algeria play against Germany in the World Cup. Before the game, I was silently cheering for Germany, due to the many negative comments about Morocco in the Algerian media. What really did it to me was when one of the Algerian TV anchors specifically dedicated the passage of Algeria to the second round to the Polisario, a slap in the face to the millions of Moroccans who are cheering for Algeria.

Before the game started, the national anthem of Germany was played, followed by the Algerian national anthem. That’s when it hit me: Algerians and Moroccans are so identical that I could not allow myself to cheer for the Germans. The close-up of the Algerian fans’ faces on the television screen cemented this feeling. How can I feel anything for the Germans when there is not even a shred of similarity between any German and myself?

If I cheer for the Germans, then I would be handing out a win on a silver plate to those who are doing everything possible to separate us. I was not about to do that. I cannot fake a feeling for the Germans in order to get my revenge from those who are claiming that Morocco is torturing Sahrawis who cheered for Algeria or those who are waving Polisario flags in Brazil.

The game that Algeria played was not about which team has the best players or who the “analysts” think can win. Yesterday’s game was about who has the most determination. Algeria had a lot of it from start to finish. I have never seen any Arab team play with more intelligence and toughness than the Algerian players today. For the first time, I heard a commentator refraining from belittling an Arab team playing against a strong European team.

Algerians showed me today that we can be brothers and sisters, and that sooner or later we will turn the tide of hate that is imposed on us. We simply cannot continue on with the madness that is inflicted upon us.

Today, I can safely say that the score of the match does not and will not matter, Algeria won the heart of many North Africans and that’s worth more than any qualification. To the Algerian players who left their heart and soul in Porto Alegre today, I say thank you from the bottom of my heart for showing me that we can beat the odds and we can be as competitive, if not better, if and when we are given a chance.