Casablanca - Moroccan rapper Lhaqed, a voice of the February 20 protest movement who has already done jail time for defaming the security forces, was handed a four-month sentence Tuesday for assaulting the police. 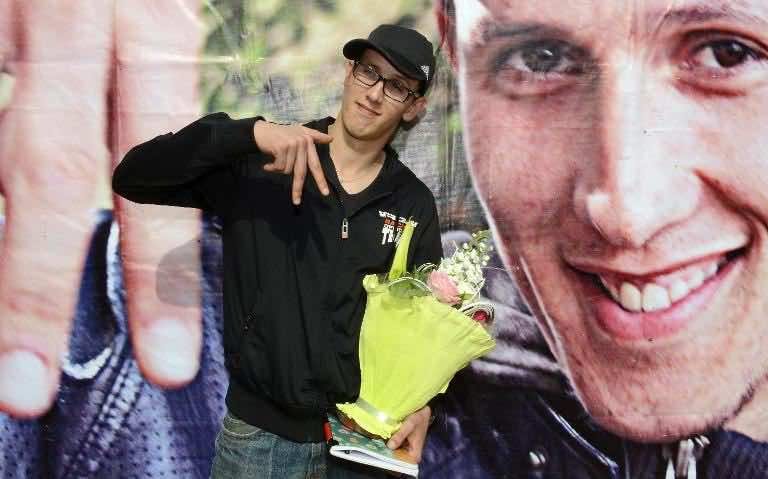 Casablanca – Moroccan rapper Lhaqed, a voice of the February 20 protest movement who has already done jail time for defaming the security forces, was handed a four-month sentence Tuesday for assaulting the police.

The 26-year-old musician, whose real name is Mouad Belghawat, was arrested at a football match in May and accused of drunkenness in public, assaulting security agents and touting tickets on the black market.

He has continuously protested his innocence.

The court in the Casablanca suburb of Ain Sebaa, where he was previously convicted to one year in 2012, gave him a four-month prison sentence.

The ruling was delivered in the absence of the musician’s lawyers, who left the last hearing complaining the court had not complied with any of their demands, including summoning the police officers who brought the charges and the defence witnesses.

Speaking after Tuesday’s ruling, one of his lawyers, Mohamed Messaoudi, told AFP the verdict was “unjust” and the trial “unfair.”

“Mouad is the victim of those who arrested and threw him in prison. He is certainly not a suspect,” Messaoudi said.

The musician will spend two and a half months in prison, having been detained in Casablanca’s Oukacha prison since his arrest in May.

Lhaqed, or the rancorous one in Arabic, was convicted in March 2012 for the YouTube video of a song he wrote called “Dogs of the State,” which denounced police corruption and was deemed an affront to Morocco’s entire police force.

The video showed a policeman with the head of a donkey.

The musician was a public face of the February 20 movement born out of the Arab Spring protests sweeping the region in 2011 and demanding extensive reforms in Morocco.

He was awarded an “integrity” prize by Transparency Morocco while serving his earlier sentence, and released in March last year.

Despite pledges by the Moroccan authorities to strengthen the independence of the judiciary, it has come under fire from rights groups this year, notably for sending dissidents to jail after unfair trials.

Last month, the AMDH, Morocco’s largest independent rights groups, accused the state of “levelling false accusations of common crimes against detainees to hide the reason for their detention,” and said the repression of peaceful protests was growing.