Casablanca - Since the deadly Ebola disease first appeared in late 2013 in West Africa, it has continued to spread throughout Africa. 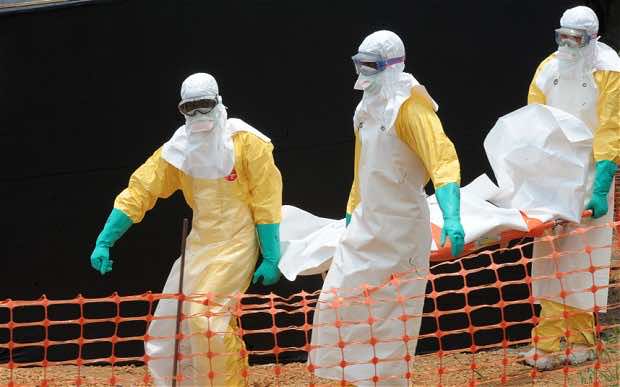 Casablanca – Since the deadly Ebola disease first appeared in late 2013 in West Africa, it has continued to spread throughout Africa.

Last week, team leader, Bart Jansesens of the organization, ‘Doctors without Borders’ stated that the Ebola epidemic in West Africa was “completely out of control.” The rare virus causes painful bleeding inside and outside the body as well as high fever, difficulty breathing, and rashes.

According to the World Health Organization, 467 people have already lost their lives as a result of this virus. There are also other 759 reported cases of infection. For now, no licensed vaccine for the Ebola Virus Disease (EVD) is available. Several vaccines are being tested, but none are available yet for clinical treatment.

Since the deadly disease first appeared in late 2013 in West Africa, it has spread rapidly. To date, outbreaks have occurred in the three countries of Liberia, Sierra Leone, and Guinea. The risk of it spreading to other areas is very high, according to the World Health Organization (WHO).

The deadly disease causes huge waves of refugees to flee their cities every day, in order to escape from the outbreak. The disease is transmitted through blood and body fluids of infected animals and people and raises fear and panic among the residents. So they would rather run away from the scourge, rather than face it.

Isata Sanaoh, one refugee was quoted by the German News channel, RTL as saying: “I ran away from home because of Ebola. A lot of people have died there, including many in my family.” Yet, many refugees unwittingly carry the virus to other parts of the country and controlling the spread of the disease is not in sight.

The World Health Organization has called for more doctors to come help prevent the spread. But the lack of doctors is not the only issue. People from West Africa tend to distrust foreigners. Most of them want to take care of themselves at home, which exacerbates the problem because family members or friends become infected from caring for the sick.

For the residents of the affected regions, the ebola virus is not just a disease, but an evil curse. People are convinced that Western medicine is powerless. So, the race against time to save lives is a continuous back and forth between clarification of facts and focusing on stopping the spread of the disease.

Unfortunately, the governments of West Africa have not invested in their health institutions over the last years. The result is that many citizens are the victims of their own country’s recklessness.

On the other hand, authorities have banned the sale and consumption of wild animals in Guiana. Monkeys, bats and snakes are locally considered delicacies, but are also potential carriers of the virus.

Those who help fight against the deadly virus face the skepticism of the local population. This is an extremely dangerous conflict situation that costs a lot of lives of more and more people.

Many people around the world wonder whether there could be an outbreak in their own countries. In fact, infected travelers can easily spread the disease. However, airline crews are trained to spot the symptoms, so the chances of travelers spreading the virus are being minimized.

West Africa is experiencing the worst disease outbreak in its history. Many people have already lost their lives, and desperation has become part of their daily agenda.

Although, there is no effective treatment yet, the WHO is focusing on eradicating all the origins and sources of Ebola by cleaning and disinfecting the affected areas.