Marrakech - Morocco’s team of the 8-ball pool won the trophy of the world championship, which took place in Blackpool, England. 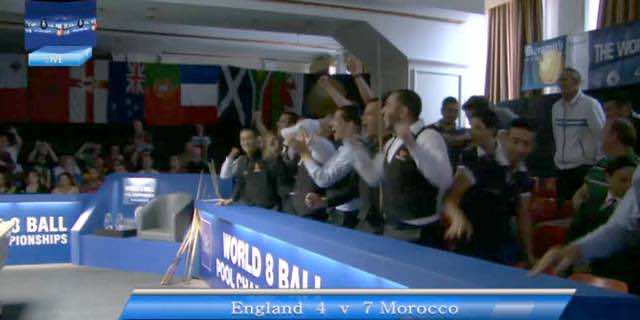 Marrakech – Morocco’s team of the 8-ball pool won the trophy of the world championship, which took place in Blackpool, England.

Morocco achieved the victory after beating the host country in the final (8-4).

Morocco’s squad performed impressively in the 2014 world championship, after they won Scotland in the play off (10-11), and Australia in the semi-final (8-7).

“Before we came to the tournament our objective was to reach the semi-finals. Then, we won match after match and got to the semi-finals.” said Achraf Faraj, member of Morocco team and President of the Moroccan Pool Players’ Association, to www.wepf.org, the official website of the world 8-ball pool federation.