Casablanca - The Moroccan-Finnish Sara Chafak, crowned as Miss Finland in 2012, was recently chosen Finland’s sexiest woman in 2014 by the magazine Iltra-Sanomat (IS). 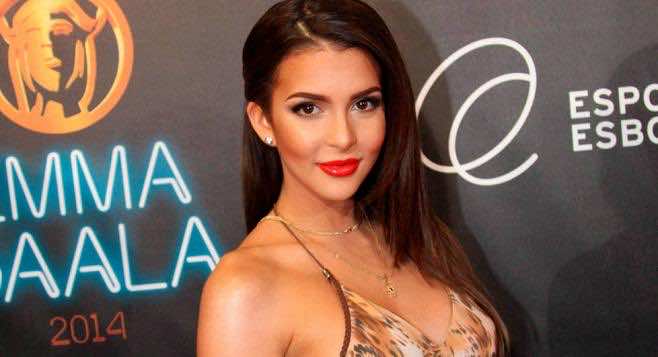 By
youssef sourgo
-
Youssef Sourgo is currently a Master’s student in Linguistic and Literary studies at Ain Chok Faculty of Letters and Humanities.
Jul 3, 2014
Spread the love

Casablanca – The Moroccan-Finnish Sara Chafak, crowned as Miss Finland in 2012, was recently chosen Finland’s sexiest woman in 2014 by the magazine Iltra-Sanomat (IS).

In 2012, Sara Chafak was crowned Miss Finland 2012 (Miss Suomi 2012) in a ceremony that was held at the Vanajanlinna Castle, Hameenlinna in southern Finland. She has since been frequently spotlighted in Finnish media and beauty magazines.

Earlier this month, Finnish Magazine IS chose Sara Chafak as the sexiest Finnish woman in 2014. This designation came after Sara uploaded sexy selfies of herself to Instagram, which mainly highlighted her fine body silhouette, focusing on her lean belly, according to IS.

Asked her secret, Sara told the Finnish magazine, “I try to steer away from unhealthy food, because it negatively affects my skin and my face.” For Sara, a good taste in food is more important than counting calories—and the gym is one of her best friends. Sara also confessed that she had a weakness for French cuisine.

Born to a Moroccan father and a Finnish mother, the 23-year-old Sara Chafak grew up in Finland to become one of the most famed Finnish fashion models. She speaks 5 languages, including Finnish, English and Arabic.

After being crowned Miss Finland 2012, Sara Chafak represented the country in Miss Universe 2012.