Fez- Recently, relatively subtle or, rather, unpublicized debate has arisen among educators and politicians over the importance of English as a global language in the Moroccan linguistic market. Some political and business figures have voiced that it is high time the English language replaced, or at least rivaled, French in its supremacy in the educational and economic spheres of Morocco. 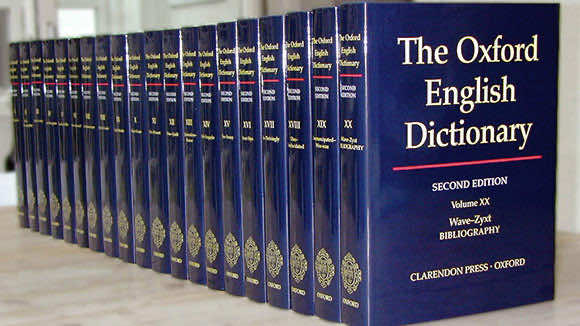 Fez- Recently, relatively subtle or, rather, unpublicized debate has arisen among educators and politicians over the importance of English as a global language in the Moroccan linguistic market. Some political and business figures have voiced that it is high time the English language replaced, or at least rivaled, French in its supremacy in the educational and economic spheres of Morocco.

Regardless of the purely educational aspect and significance regarding the Moroccan language policy, it seems that political ideologies fuel the surfacing of such controversial stances and heated debates; it brings practical profit sought by these figures in order to gain the public attention.

The Istiqlal’s Secretary General Hamid Chabat has stated that English is the language of the modern time in all world countries, and that its status must be promoted to be the first foreign language for Moroccans. Along with Chabat, prominent social activist and businessman Noureddine Ayouch called in various political and media meetings for English to be introduced early in public schooling. Needless to say, these calls have demonstrated the importance of English in today’s world.

English is admittedly the world’s most internationally recognized language for communication among people from different parts of the world. It is the Lingua Franca of the globalizing world, and the language of our rapidly developing science and technology. Thus, it appears that these pro-English demands anticipate the dire need for Moroccan graduates to know English—so that they may function effectively in a world that no longer complies with local or national frontiers, but rather is universal in its cultural and economic dimensions. Regardless of the political and ideological affiliations of English proponents, special attention should be paid to this timely controversial issue rather than ignoring these demands for their being politically and materially driven.

The educational, political, and economic spheres in Morocco must be empowered by the knowledge and use of English to keep abreast with global changes and sustainable development. However, by the same token, national languages and local identity need to be preserved through flexible and interesting educational and media programs that tighten Moroccans to their unique national identity and Arab and Islamic belonging.

The linguistic variation in Morocco—with Modern Standard Arabic and Amazigh as constitutionally official languages and French being widely used but unofficial—makes the promotion of English quite a complex challenge that needs serious political will and educational reform to accomplish. The social, as well as economic, uprising Morocco has experienced since the beginning of the 21st century seems to miss the point by not giving English the value it merits through its increasing power worldwide. In education, high school students demonstrate mediocre knowledge and lack of mastery of French, despite its being introduced in their early years of schooling.

Though several explanations can possibly account for this unpleasant fact, students’ attitudes and the complexity of the French Language may be plausible reasons. Author Leila Abou Zeid claimed in a meeting held by the ALC Fez, that many Moroccans, including herself, hold a hostile attitude towards French because of colonization; English, however, is seen to be more likely retained and learned, since students sit for a standardized national exam at the end of their secondary education, and many do far better in proportion to French.

As Morocco has strengthened its economic exchange with the United States, and with Moroccan commerce being free and open to the international market, learning English has become a prerequisite for all job seekers in both private and public sectors. The globalizing world has made English an ogre that devours all other languages on diverse fronts, such as business, science, and technology. Evidently, this is an unfavorable situation of what might be called language imperialism, as English seats itself on the throne of world languages. However, a hard choice concerning language policy should be made in order to catch up with the wave of economic and scientific revolutions. English is more likely to obtain prestige as Morocco’s first foreign language, as its use is appreciated and even mandatory in sectors such as international trade and scientific research. As Moroccan education, media, commerce, and culture are becoming more and more open to the world, learning and using English is an indispensable requirement.

English is the first foreign language students in secondary education opt for. This is demonstrated by the huge numbers of students studying English as a foreign language in comparison to the number of students who study others—notably Spanish and German. This fact indicates the need to make English more than just another foreign language complementing students’ professional and academic interests. Students have become aware that their communicational incompetence in French could be substituted with learning English, which is an easier and faster process.

In the same respect, the Moroccan Ministry of Education has been increasing the recruitment of graduates majoring in English to qualify for teaching positions in high schools across Morocco. In 2009, for instance, the number of English language teachers trained for secondary schools rose to ninety, and one hundred the following year. This escalation went on to attain 400 trainee-teachers for the coming school year, which indicates how critical the need for English language instructors in Moroccan public schools is. Without doubt, English is becoming a powerful language in Morocco for the years to come, and education appears to be the channel of its forceful succession to the Moroccan linguistic platform.