Rabat - King Mohammed VI laid, Friday at Jnane Nahda neighborhood, the foundation stone for the construction of a mosque. 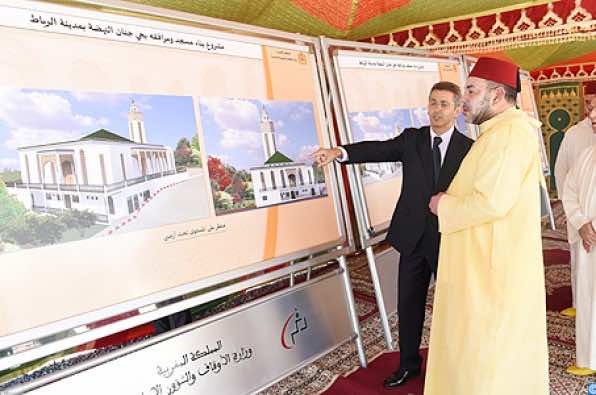 Rabat – King Mohammed VI laid, Friday at Jnane Nahda neighborhood, the foundation stone for the construction of a mosque.

With a capacity of 1,000 worshipers, this religious facility will be carried out by the Ministry of Endowments and Islamic Affairs for a budget of 7 million dirhams.

The mosque will be built on an area of 922 m2 according to Moroccan architectural standards. It will mainly include two prayer rooms – one for men and one for women – a Koranic school, and housing units for the Imam and the muezzin.

The construction of this mosque reflects the King’s special care for religious affairs, as well as the government’s policy to lend the necessary religious support for the demographic and urban development of the various regions of the Kingdom.