Rabat - The Inter-Ministerial Delegate for Human Rights Mahjoub El Hiba met, on Friday in Rabat, with Malian Justice Minister Mohamed Aly Bathily on means to foster cooperation in the field of human rights. 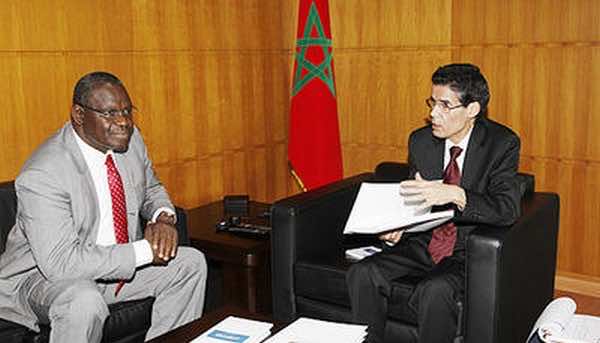 Rabat – The Inter-Ministerial Delegate for Human Rights Mahjoub El Hiba met, on Friday in Rabat, with Malian Justice Minister Mohamed Aly Bathily on means to foster cooperation in the field of human rights.

In a statement to MAP at the end of this meeting, El Hiba called for strengthening the Moroccan-Malian cooperation in the field of human rights, thanks to the special relations between the two countries, especially after the last royal visit to Mali.

The talks touched on issues of human rights, the institutional mechanisms set up for their protection such as the National Council for Human Rights (CNDH) and the role of inter-ministerial delegation for human Rights, said El Hiba.

This meeting was also an opportunity to give an idea about the Moroccan experience in the field of transitional justice, as well as the legislative and institutional reforms carried out in this area, he added.

The Malian Minister described the meeting as “very fruitful” since it allowed him to get informed about the functioning and the jurisdiction of the Inter-ministerial Delegation for Human Rights so that his country could establish a similar mechanism in order to make headway in the protection of human rights as did Morocco.